Skiing isn’t the only purpose for those sleek, white slopes. Some of the world’s most famous ski areas have more to offer than first meets the eye. Take a look at the Top 10 unexpected things you might see on a ski slope…

Sometime in the 1950s people started a strange custom in North America to make note of the fact that they had gotten lucky the night before. The Bra Tree is not in one specific location, but can be found near ski slopes and on resort properties all over the world.

It may not be the first thing you associate with the winter-themed playgrounds, but ski slopes have provided matrimonial backdrops for many weddings. The Ice Chapel at Saas Fee, Switzerland is an especially popular place for couples to tie the knot. Whether the bride and groom were actually in their ski gear or just allowing the snow to provide excellent photo scenery, the slopes make an interesting, and memorable, wedding venue.

Leave it to France to pull off something weird and strangely sophisticated at the same time. Nine classic pieces from world-famous surrealist artist Salvador Dali were on display for six years on the ski slopes in Megève, France. Everything from misshapen elephants to oversized pocket watches could be seen by the skiers as they flew past.

If you’re in Breckenridge, you have an array of concerts at your disposal both on and off the ski slopes. Both local and globally renowned musicians play on the slopes – in more ways than one.

Online playing room 888poker hosted a live tournament event in the city of Innsbruck, Austria that is located in the heart of the Alps and a popular destination for winter sports. The “Snow Limit Poker” carried a $50,000 Main Event prize and saw 60 players who actually took breaks between skiing the slopes to play.

For a party experience with an awesome backdrop, check out Décimo on Vail Mountain. Attendees are chauffeured to the event via ski gondolas and everyone who is EVERYONE in Vail is there.

Skiing itself take a lot of physical agility but there are other events, from 5k foot races to cycling, that take place on ski slopes. Though it’s technically raced on a ski jump (not a slope) the Red Bull 400 has been called the toughest foot race in all of Europe, covering 400 meters in distance and 200 in altitude.

Though they are not officially allowed on the slopes, Aspen Mountain has become home to 100 past or present shrines to celebrities like Elvis, the Beatles, and the Grateful Dead’s Jerry Garcia. People leave everything from posters to undergarments as a homage to their favourite famous people – or in the case of the Boston Red Sox, their favourite sports teams.

Ski resorts are generally known for their spa offerings but what about one that is essentially part of the slope itself? It’s a reality at the Viceroy Snowmass’ spa that aims to get sore skiers back on the slopes much faster.

It turns out the best way to see the slopes is not by skiing down them. Resorts offer high-priced “behind the scenes” tours on snow-clearing and smoothing machines for skiers who want a closer look at how all that white magic happens. Montana’s Ranch at Rock Creek and Idaho’s Sun Valley resort are two places that offer these services for guests who want to pay for them/ 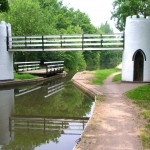 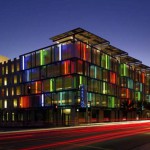 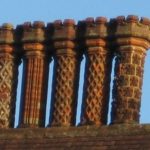 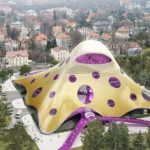 Ten of the Most Unusual Looking Libraries From Around the World 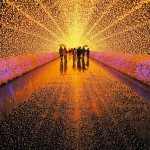 Top 10 Tunnels Made From Unusual Things 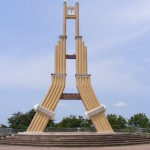