Big brand names that we all eat or drink every day like Mars, Kit Kat, Pepsi, Coca-cola have some rather unusual styles and flavours that you might not have ever heard of to match peoples tastes all around the world. If like me you are a Pepsi fan rather than Coca-cola you are going to love some of these rather weird, rare and unusual flavours of Pepsi…

In the early 90’s when the coffee shop fad was at it’s highest Pepsi thought it would be a good idea to jump onto the bandwagon. The marketing department tried to make people drink caffeinated coffee flavoured soft drink. Coffee and Pepsi is not a great taste and it soon got dropped.

In the early 90’s Coca-cola started to produce a clear cola called TAB (which also got dropped.) so once again the Pepsi marketing department wanted to eliminate the threat by producing their own. Sadly taking away the colouring of the cola also takes away the taste. See the blog post in the image link for a full explanation of why this failed.

It came in both diet and normal styles and was introduced in 2006. The idea was to have various fruit flavours Black Cherry and French Vanilla, Jazz with Strawberries and Cream, and Caramel Cream where your choices, but sadly for Pepsi everyone “chose” not to drink any of them and it was dropped just 2 years later.

Most people think that this was only released in Japan, but that is not true. Sadly for our taste-buds, it was released worldwide to not much applause. But I have personally tried this myself and I really didn’t think it was that bad at all.

There is a reason you have not heard or indeed seen many cola and yoghurt flavoured drinks before because it sounds much like it tastes!  But it is still on sale today meaning someone out there is drinking the stuff!

The name of this Limited edition Pepsi is based on the French chestnut dessert. The Italian dessert of whipped cream and chestnuts on a meringue cake might not sound like the best thing you will ever drink, but back in just 2010 Japan was going through a cakes and desserts flavour fad, so Pepsi joined in!

This is one of the newest flavours to hit the Japanese markets. With a hint of Lemon and half the sugar, it doesn’t sound half as bad as some of the others. But that doesn’t make it a taste sensation.

In 2008 the flavour to have was salty watermelon and over in the Pepsi marketing department, they are more than happy to jump on any bandwagon that picks up speed. But the good news here is that most people really like the flavour and it is still being sold today.

This is Pepsi’s spin on all the energy drinks being sold. This super high concentration of caffeine and extra carbonation means it is like Red-Bull but with speed shoes instead of wings. I can’t comment on the taste, but apparently, the energy aspect works rather well indeed.

So why is this number 1? Because only 3 bottles of it ever existed, because it was made up by the writers of the Back to the Future films. But if it is not real can I really include it? Well yes because it is widely thought that in 2015 when the film was based Pepsi really will launch it to the masses! Let’s hope it tastes better than some of these other flavours. 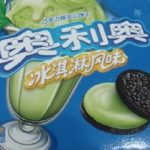 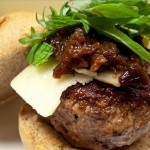 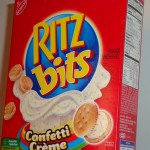 Ten Weird, Crazy and Unusual Ritz Crackers From Around the World 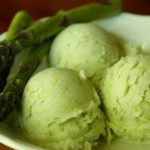 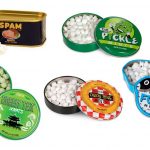