We have already seen the driest cities as well as the wettest cities in the world and now it is time to take a look at the snowiest. These ten cities (please note: these are just cities, but there are other towns and countries with more) have so much snow, I’m surprised anyone can live there…

Sault Ste. Marie is a city in, and the county seat of, Chippewa County in the U.S. state of Michigan. It is situated on the northeastern end of Michigan’s Upper Peninsula, on the Canada–US border, and separated from its twin city of Sault Ste.

Saguenay is a city in Québec, Canada. It’s known for Saguenay Fjord, which leads to the St. Lawrence River. The Musée du Fjord has history displays and an aquarium. La Pulperie de Chicoutimi museum charts regional history in a 1800s wood-pulp mill. Exhibits on the area’s huge 1996 floods are on show at the Musée de la Petite Maison Blanche. Ski and bike trails wind through the riverside Parc de la Rivière-du-Moulin.

Syracuse is a city in New York State. It’s home to the Erie Canal Museum, tracing the waterway’s history in the 1850 Weighlock Building. In the old state armoury, the Milton J. Rubenstein Museum of Science & Technology (MOST) offers interactive exhibits and a planetarium. Designed by I.M. Pei, the Everson Museum of Art focuses on American artwork. The opulent 1920s Landmark Theatre hosts Broadway hits and concerts.

Québec City sits on the Saint Lawrence River in Canada’s mostly French-speaking Québec province. Dating to 1608, it has a fortified colonial core, Vieux-Québec and Place Royale, with stone buildings and narrow streets. This area is the site of the towering Château Frontenac Hotel and imposing Citadelle of Québec. The Petit Champlain district’s cobblestone streets are lined with bistros and boutiques.

Marquette is a city in the U.S. state of Michigan and the county seat of Marquette County. The population was 21,355 at the 2010 census, making it the largest city of the state’s Upper Peninsula.

St. John’s, a city on Newfoundland island off Canada’s Atlantic coast, is the capital of Newfoundland and Labrador province. Its harbour was settled by the British in the 1600s. Downtown is known for its colourful row houses. Above the city is Signal Hill with walking trails and the site of the first transatlantic wireless communication, Cabot Tower, which commemorates John Cabot’s discovery of Newfoundland.

Sapporo, capital of the mountainous northern Japanese island of Hokkaido, is famous for its beer, skiing and annual Sapporo Snow Festival featuring enormous ice sculptures. The Sapporo Beer Museum traces the city’s brewing history and has tastings and a beer garden. Ski hills and jumps from the 1972 Winter Olympics are scattered within the city limits, and Niseko, a renowned ski resort, is nearby.

Blue Canyon is an unincorporated community in Placer County, California. Blue Canyon is located 4 miles (6.4 km) southwest of Emigrant Gap and lies at an elevation of 4695 feet (1431 m). It was possibly named for the blue smoke of the camps when extensive lumbering occurred there in the 1850s, but locals say it might be named after a miner from that same period called “Old Jim Blue”.

Aomori and its surrounding area are renowned for heavy snowfall, the heaviest among all Japanese cities, and, in fact, among the heaviest in the world. The particularly heavy snow is caused by several winds that collide around the city and make the air rise and cool, resulting in quick, thick cloud formation followed by intense precipitation.

You have probably seen these images all over the internet. They are indeed of the Tateyama Kurobe Alpine Route near Toyama, Japan. The route is carefully built so that the surrounding environment is not damaged. Consequently, three lines go entirely under tunnels. (This is also to protect the lines from snow.) Among them are two are trolleybus lines and these are used to prevent exhaust fumes from melting the snow. 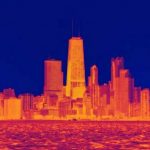 The Top 10 Hottest Cities in the World (Average Temperature) 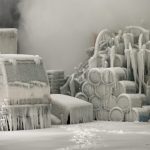 The Top 10 Coldest Cities in the World (Average Temperature) 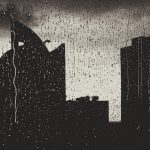 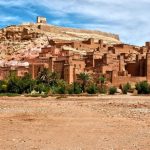 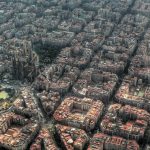 The Top 10 Largest Cities in the Entire World 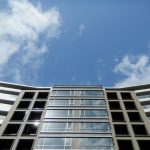