How long from the worlds longest glaciers are from their widest tips. Maybe 5 miles, 10? Maybe even 20 miles long!? Well, be prepared to be shocked as I bring you the ten longest glaciers in the world and also where they are located…

The Slessor Glacier is a glacier is always flowing west into the Filchner Ice Shelf to the north of the Shackleton Range. First seen from the air and mapped by the Commonwealth Trans-Antarctic Expedition (CTAE) in 1956. Named by the CTAE for RAF Marshal Sir John Slessor, chairman of the expedition committee.

The glacier was discovered in 1878 but not fully explored until 1928 by a German-Soviet expedition under Willi Rickmer Rickmers. It is named after Alexei Pavlovich Fedchenko, a Russian explorer. In 1910-1913 the glacier expanded and moved forward by 800–1000 m, blocking up the Balyandlik River the following year. It continued to recede between 1928-1960, stopping its inflows such as the Kosinenko, Ulugbeck, Alert and several others.

Petermann Glacier is a large glacier located in North-West Greenland to the east of Nares Strait. It connects the Greenland ice sheet to the Arctic Ocean near 81 degrees north latitude. It is also said to be the edge of one of the world’s largest cold deserts.

First seen from the air and examined from the ground by the Commonwealth Trans-Antarctic Expedition in 1957, it was so named because of the recovery of the expedition’s vehicles which repeatedly broke into bridged crevasses on this glacier during the early stages of the crossing of Antarctica.

The glacier was discovered and climbed by Ernest Shackleton during his Nimrod Expedition of 1908. Although Shackleton turned back before reaching the South Pole, he established the first proven route towards the pole and, in doing so, became the first person to set foot upon the polar plateau.

It was discovered in November 1912 by the Western Base party of the Australasian Antarctic Expedition under Sir Douglas Mawson. Mawson named the glacier for Lord Denman, Governor-General of Australia in 1911, a patron of the expedition.

Lennox-King Glacier is a large valley glacier draining Bowden Névé and flowing northeast between the Holland Range and the Queen Alexandra Range of Antarctica to enter Richards Inlet, Ross Ice Shelf. It was named by the New Zealand Geological Survey Antarctic Expedition (1959–60) for Lieutenant Commander James Lennox-King, Royal New Zealand Navy, the leader at Scott Base, 1960.

The Arctic Institute has created a Field Guide to Arctic Glacial Ice to help readers identify different types and terms of sea ice when reading about their dynamic nature. But it got to name one itself as the Institute was located on a glacier when it broke free.

The Nordenskiöld Glacier is a group of four glaciers in Novaya Zemlya, Arkhangelsk Oblast, Russia. This glacier group was named after Arctic explorer Adolf Erik Nordenskiöld.

This glacier holds the Guinness world record for the world’s largest. It drains 8% of the Antarctic ice sheet to the east and south of the Prince Charles Mountains and flows northward to the Amery Ice Shelf as it flows in part of Lambert Graben and exits the continent at Prydz Bay. 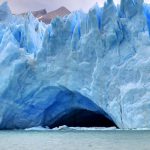 The Top 10 Longest Glaciers in the Entire World 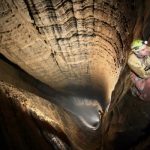 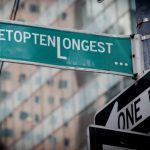 The Top 10 Longest Placenames in the World 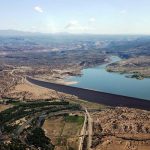 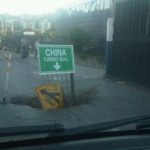 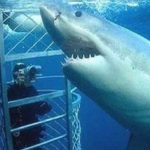 Ten of the Longest Species of Sharks in the World