Some hate it, some don’t see the point of it and some people like myself love it. I am talking about the Eurovision Song Contest. Today we are looking at ten of the most frequent winning countries to have won. While the UK is not as high up this list as I might have wanted, they are at least on it…

Wiki Info: The Eurovision Song Contest is the longest-running annual international TV song competition, held, primarily, among the member countries of the European Broadcasting Union (EBU) since 1956. The competition was based upon the existing Sanremo Music Festival held in Italy since 1951.

Wiki Info: Each participating country submits an original song to be performed on live television and radio and then casts votes for the other countries’ songs to determine the most popular song in the competition. The contest has been broadcast every year for sixty-two years, since its inauguration in 1956, and is one of the longest-running television programmes in the world.

Wiki Info: It is also one of the most watched non-sporting events in the world,[3] with audience figures having been quoted in recent years as anything between 100 million and 600 million internationally

Wiki Info: Eurovision has also been broadcast outside Europe to several countries that do not compete, such as the United States, Canada, New Zealand, and China. An exception was made in 2015, when Australia was allowed to compete as a guest entrant as part of the celebration of the 60th anniversary of the event.

Wiki Info: Winning the Eurovision Song Contest provides a short-term boost to the winning artists’ career, but rarely results in long-term success. Notable exceptions are ABBA (winner in 1974 for Sweden), Bucks Fizz (winner in 1981 for the United Kingdom) and Céline Dion (winner in 1988 for Switzerland), all of whom launched successful worldwide careers after their wins.

Wiki Info: Ireland holds the record for the highest number of wins, having won the contest seven times—including four times in five years in 1992, 1993, 1994 and 1996. Under the current voting system, the highest scoring winner is Salvador Sobral of Portugal who won the 2017 contest in Kiev, Ukraine, with 758 points.

Wiki Info: In the 1950s, as a war-torn Europe rebuilt itself, the European Broadcasting Union (EBU)—based in Switzerland—set up an ad hoc committee to search for ways of bringing together the countries of the EBU around a “light entertainment programme”. At a committee meeting held in Monaco in January 1955 with Marcel Bezençon of the Swiss television as chairman, the committee conceived the idea of an international song contest where countries would participate in one television programme to be transmitted simultaneously to all countries of the union.

Wiki Info: The competition was based upon the existing Sanremo Music Festival held in Italy and was seen as a technological experiment in live television, as in those days it was a very ambitious project to join many countries together in a wide-area international network.

Wiki Info: Satellite television did not exist, and the Eurovision Network comprised a terrestrial microwave network. The concept, then known as “Eurovision Grand Prix”, was approved by the EBU General Assembly in a meeting held in Rome on 19 October 1955, and it was decided that the first contest would take place in spring 1956 in Lugano, Switzerland.

Wiki Info: The first contest was held in the town of Lugano, Switzerland, on 24 May 1956. Seven countries participated—each submitting two songs, for a total of 14. This was the only contest in which more than one song per country was performed: since 1957, all contests have allowed one entry per country. The 1956 contest was won by the host nation, Switzerland. 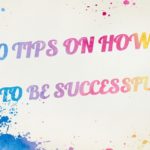 10 Tips on How to Be Successful 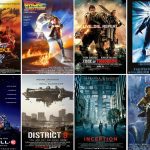 The Top 10 Most Successful Sci-Fi Films of All Time 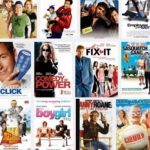 The Top 10 Most Successful Comedy Films of All Time 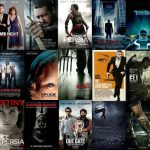 The Top 10 Most Successful Action Films of All Time 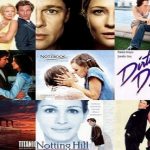 The Top 10 Most Successful Romance Films of All Time