While most people will be able to name a few on this list, there are some that will surprise everyone. Not even I could imagine just how long these shows have been going on for…

Wiki Info: Degrassi is a Canadian drama franchise that follows the lives of a group of teenagers who lived on or near De Grassi Street in Toronto, Ontario. The five main series are The Kids of Degrassi Street, Degrassi Junior High, Degrassi High, Degrassi: The Next Generation and Degrassi: Next Class.

Wiki Info: De Leon coined the title of the show: Eat represents lunchtime while Bulaga (which means “to surprise”) represents their plan to fill the show with big surprises. The title is also a play on two children’s games: Eat is the transliteration of It from the game tag while Bulaga! refers to Peekaboo!.

Wiki Info: Country Calendar is currently produced by Julian O’Brien, with associate producer Dan Henry. Frank Torley was well known as the narrator of the show, and also produced the show for 23 years. Torley died in March 2016 following a short battle with cancer.

Wiki Info: Among the comedy play being performed by the talent belonging to Yoshimoto Shin Kongi, it shows what is being recorded publicly at Namba Gundoh Moon.

Wiki Info: The mosaic on TV is a television program Brazilian displayed on channels 9 NET and 186 of live TV . Is the oldest program of Brazilian television still on display, followed by the Programa Silvio Santos. It is a program aimed at the Jewish community of the city of São Paulo.

Wiki Info: Isao Tomita Isao ‘s light and relaxed theme music is impressive, but since the 40th anniversary of the broadcast, November 4, 1997, it has become a new arrangement version of Latin style. There was also a time of live-action at the opening, but now it’s animation, Uchida Mitsuko is in charge of it until March 2007, and it changed from April of the same year.

Wiki Info: The Price Is Right is an American television game show created by Bob Stewart, Mark Goodson and Bill Todman. The show revolves around contestants competing to identify accurate pricing of merchandise to win cash and prizes. Contestants are selected from the studio audience when the announcer proclaims the show’s famous catchphrase, “Come on down!”

Wiki Info: Each week Nodo Jiman is broadcast from a different city in one of Japan’s 47 prefectures; at the beginning of the show the host would announce the local venue in which the live broadcast is held, then describe the landmarks and culture of the prefecture and city hosting the broadcast.

Wiki Info: Meet the Press specializes in interviews with leaders in Washington, D.C., across the country and even the world on issues of politics, economics, foreign policy and other public affairs, along with panel discussions that provide opinions and analysis. It originates from NBC’s bureau in Washington, D.C. 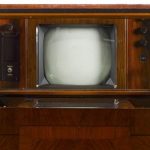 The Top 10 Longest Running TV Shows From the UK 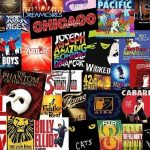 The Top 10 Longest Running Broadway Shows of All Time 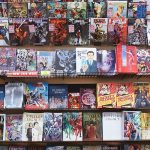 The Top 10 Longest Running Independent Comics From Around the World

The Top 10 Longest Running Musicals of All Time 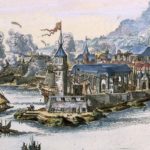 Ten of the Longest Sieges In the History of The World 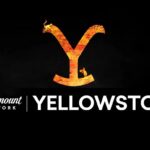 Ten of The Best Alternative TV Shows Like Yellowstone