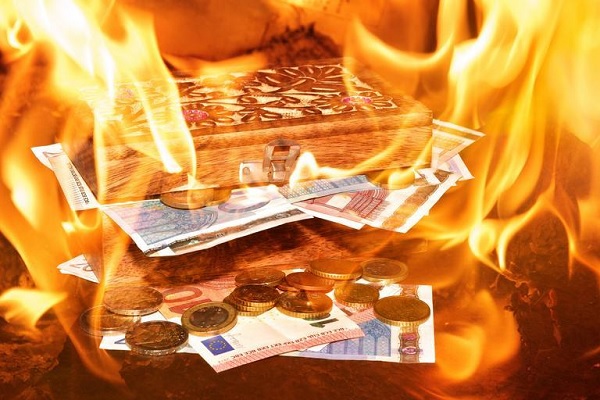 Gambling can be a sport or a lifestyle, depending on how you choose to play it. However, fair is the one thing that gambling is not, which is why every experienced gambler will tell you that there are no winners at the table. Not even the ones that win, so you should always leave while you are ahead. Ahead doesn’t have to be financial, sometimes, being ahead in gambling only means cutting your losses and running while you still have your life. Failure to know when to stop leads to serious losses, and your life could be one of them if you are not careful. These 10 gambling horror stories are living proof of why you should always gamble responsibly.

Gambling related suicides are always a reminder of just how bad gambling addiction can get. Jack Ritchie’s suicide raised eyebrows all over the world in 2020 as the parents accused the UK government’s failure to regulate online gambling as the main cause of their son’s death. Jack was just 24, living in Vietnam and teaching English, but he had been struggling with gambling addiction since he was 17. His addiction began when he won £500 twice on a FOBT in school.

After that, he installed multiple betting apps and started losing lots of money whenever he logged in but he just couldn’t stop. His poison was online sprots betting and the FOBTs. By the time he committed suicide, he had accumulated £30,000 in debt. He wasn’t hadn’t exactly hit rock bottom but he just had too much regret. His parents confirmed that he was just afraid of destroying his family’s life further while living as an addict and he just decided to end it all.

Watanabe is one of those stories that you hear whenever people tell you just how bad compulsive gambling can get. His losses are recorded as some of the highest in modern gambling history. Watanabe was the heir of the Oriental trading company in 1997 but he sold the company and started gambling. He was always treated as a Whale in Las Vegas but his losses in 2007 were just too stupid.

He gambled over $825 million and lost $127 million while at it. By that time, he had gambled away his net worth and was already in debt. He tried to sue the Caesar’s Palace and The Rion where he incurred his losses trying to be refunded but that never happened. He is still being sued by most of his debtors for over $15 million that he hasn’t been able to repay so far.

When you start lying to family and friends just to secure loans for gambling, then you are not far from the deepest end of the drain. That is where Maureen O`Connor, former mayor of San Diego, found herself. She appeared in court in 2013 to answer to the charges for having embezzled over $200 million from her ex-husband’s foundation to fund her addiction. When the details of her losses were told in court, it was discovered that she had gambled over $1 billion in a period of 9 years, an addiction that the tabloids broke down to $300,000 a day. Her net losses were estimated to be only $13 million but she had lost everything she had including taking second and third mortgages on her home and selling all her inheritance to fund the addiction. Her lawyers described her problem as grief gambling saying she started gambling when her husband died.

The Michigan lottery is not what comes to mind when you talk of gamblers losing it all but Viktor Gjonaj did. The former real estate broker thought he had discovered a magical formula to with the daily tickets and started buying madly into the lotto. The prosecutor said he was spending up to $1 million a week on tickets from 2016 to 2017. When his own finances could not meet his gambling needs, he set up a tittle company and convinced people to invest an estimated $26 million, 19 of which he gambled away. He never won big as he had hoped to and his losses have him on a possible 20-year jail term for stealing from his investors.

Matt Blanks is one of the most outspoken volunteers of Bet Know More, an organization that helps people with gambling addiction find help. It also helps victims put restrictions to online betting apps. He started betting at a young age of 11 and the worst thing was that he won a 33 to 1 bet on the horse tracks. He then got hooked and at the age of 15, he bet away £1,000 of the inheritance from his grandmother and lost it all. Since that day, he started betting hoping to recover that money but it never happened. By 2019, he had lost over £700,000 in just one decade. He was in deep debt and depression which caused him to attempt suicide twice. 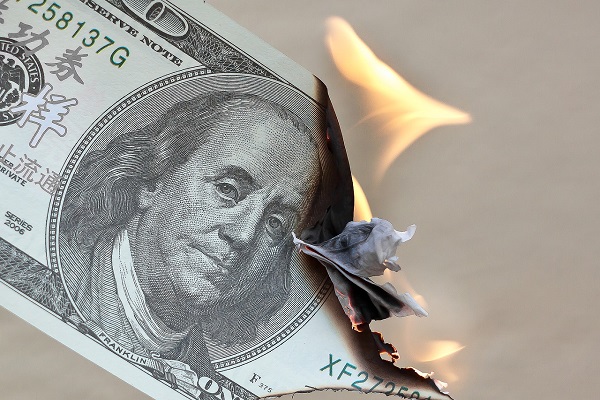 Erick Lindgren is still one of those names that come up in top Google searches for the best poker players in the world but it doesn’t come up for good reasons anymore. He was one of the biggest champions of the early 2000s poker boom with over $10 million in winnings to his name. However, away from his public image of huge winnings in poker, Lindgren had a problem making unreasonable bets of golf, NFL and other sports and losing big.

In 2012, fellow poker players started complaining online about his failure to pay them moneys they had loaned him. It emerged that he had lost most of his winnings and he was over $15 million in debt. In 2013, companies that he owed money to started coming after him forcing him to file for bankruptcy. He went to rehab saying he was looking forward to recovering and taking care of his family.

Stu Ungar is still one of the saddest gambling stories of all time. Stu was a genius that came to Las Vegas and totally changed the history of poker. He has 5 WSOP bracelets to his name and is estimated to have won over $20 million through his years as the best poker player in the world. Stu aka the kid was known as the best poker player in the world until his untimely demise in 1998. He would win lots of money in poker but he had a thing for sports betting where he would end up losing most of those winnings.

He also had a drug use problem and it is believed to have been the cause of his death. Before he died in 1998, Stu had lost everything he had won and was in deep debt. He had borrowed money trying to stake into the 1998 poker championship but spent all of it on drugs and that was the end of him. He left nothing to his name and only $800 on him at the time of his death, the balance of a $25,000 stake he had borrowed from a friend and used on drugs rather than the tables.

Jodie’s gambling addiction story is one of the most shocking revelations of how a simple visit to a slot machine can ruin someone’s life. Jodie had a smoking addiction and managed to overcome it. However, after quitting smoking and drinking for 13 years, she found herself at a slot machine when she was at a casino in Las Vegas in 2005 for a conference. Sadly, for her, she won when she pulled one on a quarter slot machine. That was the beginning of the end for her marriage and the perfect life she had built all those years.

She had established a dream life with a home, a marriage and a good job having received her MS from Indiana University. After that win in Las Vegas, she went back to Massachusetts and became a regular at local casinos betting at the slot machines. The thrill of winning saw her playing thousands of dollars on $100 slots for $200 a pull. By 2007, she had lost her job since she stole money there to gamble. She also lost her home and even went to prison for two years in 2009 for Larceny. She got out of prison and sought treatment and now works on the Massachusetts Council on Compulsive Gambling to help other gamblers.

Michelle’s story is one of those that bring tears to people’s eyes. Online gambling with all those vouchers and free bonuses can be so confusing that you don’t realize when you lose lots of money. Michelle was used to playing games as her stress reliever until she started betting on online gambling apps. She realized that online slots gave her more satisfaction than Nintendo and would wake up late in the night to gamble her stress away. She bet her $25,000 salary away, took loans from the bank and gambled it all away.

After draining the accounts and hitting her credit limit, she turned to family and friends borrowing money in the name of paying tax bills. The worst came when she sold their house for $440,000 and gambled it all without her husband’s knowledge. It led to a divorce and a hard time for the family. She attempted suicide but was rescued and the family was reunited. She admitted that her family is doomed to a lifetime of renting because she lost her job and just has no hope of ever buying a home again.

This one did not lose his fortune at the craps nor online slots, the former NFL quarterback just created his own slots and lost his career and fortune while at it. The former Philadelphia Eagles player had just accepted a contract with the Atlanta Falcons when he was discovered to be running a dogfighting ring as his side hustle. He had also established a whole gambling section to the dog fight which was known as The Bad Newz Kennels.

Well, it was bad news for him as the NFL immediately suspended him while his team fired him and demanded $20 million of the $35 million signing bonus they had given him, back. He fell from grace to grass in a day as he was also sentenced to 23 months in prison for his little illegal syndicate. He served his sentence and also appears as a panellist on NFL games but he can never fall any further than he has already.