We all live in our own Countries and often consider ourselves quite patriotic. Well, I consider myself to be very British anyway. We have already seen Cats representing their Countries but what about going into details. Do cats from different countries really live up to the Stereotypes outsiders associate with them? Well let’s start with Mexico…

FACT: By now most of us outside of Mexico call the Country ‘Mexico’ But in reality is not called that at all, it is called ‘Estados Únidos Mexicanos’ which translated means ‘United Mexican States.’

9 – “Goto America? Nah, I always wanted to visit Paris myself.”

FACT: The traditional Mexican tamale (called the zacahuil) is the worlds largest traditional meal. At three feet long and weighs about 150 pounds it is almost twice as long as the next traditional meal which is an Italian Pizza Which traditionally has an average of 1.5 feet diameter!

FACT: Mexico is home to the worlds rarest rabbit! It is called a very rare rabbit called the “Volcano rabbit” and while it looks much more like a mouse, it is indeed a rabbit and really does live near Mexican volcanoes!

FACT: It is estimated that literally billions of monarch butterflies migrate to Mexico each and every year from the all around the world. But mostly from U.S. and Canada. Sadly due to the life expectancy of the average butterfly, it is always a one-way trip.

FACT: While it is often said to be myth, Mexico City really is built over the ruins of a great Aztec city, Tenochtitlán! And in some parts of the city, the buildings are actually built up from the original Aztec buildings!

FACT: Believe it or not, it might look arid and desert-like, but Mexico city is sinking in water! Because it is built on a lake and each year they pump or draw more and more water out for the city’s growing population, in the end it will sink right to the bottom of it!

4 – Join the Cartel fight against the fascist dogs and we wont scratch you.

FACT: Back in 1800’s Texas was a Mexican province! But then is 1836 they tried to declare its independence from Mexico in resulting in war with the United States. No need to tell you who won then.

3 – He will scratch your eyes out if you mention mariachi or salsa music again.

FACT: It might sound like something from Lord of the Rings, but Mexico really is located in the “Ring of Fire!” This means it is in the middle of one of the earth’s oldest and most violent earthquake and volcano zones. A dangerous place to live indeed.

FACT: It might be some of the most well known and classic stereotypes, but in a 2012 survey of the Mexican people only 31% of them liked chilies, and only 2% owned a sombrero!

1 – Piñata cat can’t wait for the bashing to get to the goodies.

FACT: Like every flag around the world, they all have hidden meanings and reasons for being. With regards to the Mexican flag, the green stripe means hope, the white stripe purity, and the red stripe represents the blood of the Mexican people! And then plaque in the middle is of an eagle eating a snake and is an Aztec legend. 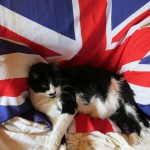 Ten Stereotypical Cats From Britain Who Are Probably Not British 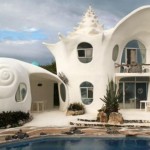 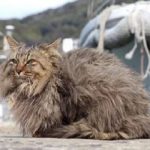 Ten Great Photos of the Fascinating Cats of Tashirojima Island 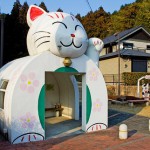 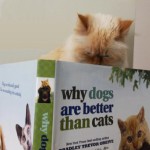