While most people love the look of a nicely cut and polished diamond a true Lapidary will love the look of the uncut diamond more. Wheater you love them as cut or uncut these ten diamonds are still very impressive…

Wiki Info: The Woyie River Diamond was recovered on 6 January 1945 from the Woyie River near Koidu in eastern Sierra Leone. The uncut stone weighed 770 carats and at that time it was the largest alluvial diamond ever found, and the third largest diamond discovered in Africa, after the Cullinan Diamond and the Excelsior Diamond.

9 – Millennium Star From Democratic Republic of the Congo (777 Carats)

Wiki Info: The Millennium Star is a diamond owned by De Beers. At 203.04 carats, it is the world’s second largest known top-color, internally and externally flawless, pear-shaped diamond.

Wiki Info: The Koh-i-Noor is a large, colourless diamond from the era of Qutub Shahi Kings of Golconda in Telangana, India, possibly in the 13th century.

7 – The Constellation From Botswana (813 Carats)

Wiki Info: The Constellation’s sale was for £59,387 per carat, a strong price despite broader malaise for the rough diamond market. As Bloomberg notes, sales of the world’s largest and rarest diamonds continue to perform well despite slumping prices for diamonds in recent months.

6 – Incomparable Diamond From Democratic Republic of the Congo (890)

Wiki Info: The Incomparable Diamond is another African diamond, one of the largest ever found in the world. In 1984, a young girl discovered it in a pile of rubble from old mine dumps of the nearby MIBA Diamond Mine, Democratic Republic of the Congo. The rubble had been discarded during the recovery process because it had been considered too bulky to contain diamonds.

Wiki Info: The 968.9-carat Star of Sierra Leone diamond was discovered by miners on February 14, 1972, in the Diminco alluvial mines in the Koidu area of Sierra Leone. It ranks as the fourth-largest gem-quality diamond and the largest alluvial diamond ever discovered.

Wiki Info: The Excelsior Diamond is a gem-quality diamond, and was the largest known diamond in the world from the time of its discovery in 1893 until 1905 when the larger Cullinan Diamond was found.

Wiki Info: Lesedi La Rona, formerly known in media as Karowe AK6 or as Quad 1 by the personnel at the mine, is the third-largest diamond ever found, and the second-largest of gem quality. Only the non-gem black Sergio and the gem-quality Cullinan are larger. It was found in the Karowe mine, in Botswana on 16 November 2015.

Wiki Info: The Cullinan Diamond is the largest gem-quality rough diamond ever found, weighing 3,106.75 carats, discovered at the Premier No. 2 mine in Cullinan, modern-day South Africa, on 26 January 1905. It was named after the chairman of the mine, Thomas Cullinan.

Wiki Info: Sergio is the largest carbonado and the largest rough diamond ever found. It weighed 3,167 carats and was found in the State of Bahia in Brazil in 1895. Like other carbonados, it is believed to be of meteoritic origin. 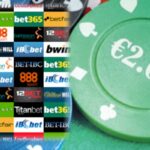 Ten of The Biggest Gambling Companies and Their Biggest Money Earners 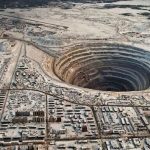 The Top 10 Biggest Diamond Mines in the World 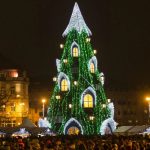 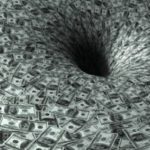 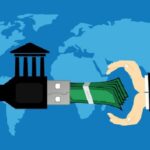 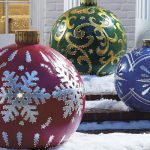