The other month (after several years of saving) I got to go on holiday to France. Needless to say the holiday was amazing, but there was one thing that made every day extra special. When me and the family had come back from our day out, there on the bed would always be a waiting towel animal work of art! OK, ours was always a swan, but there are some rather amazing designs done by other people…

This is the same style that I had in my own hotel room. But what really use to amazing me is that these are made with a single towel? I was sure it would take them hours to make these each day, but in truth I would imagine it took seconds.

Seen in a guest bungalow in Mexico is this rather impressive Elephant. It is the little flower in its trunk that really makes it stand out. If you click on the link you will get to see all the others that the couple found as well.

If there is one place in the world that is famed for its towel art it has to be the Disney resorts. And this Octopus found in the Caribbean Beach Resort is a great example of their fluffy towel animals, and also a good way to make it even more fun for the kids which is what Disney does best, even in the towel department it seems.

Does this make it a hero in a half towel? Bad puns aside this is yet another good example. This turtle was taken from a blog post about loads of other designs as well and it is well worth a look (when you have finished my blog post anyway.)

I am not the biggest fan of frogs at all (in fact they petrify me), but a frog made from towels might well be another matter.  Seen on the cruise ship Carnival Liberty, you always expect the best when it comes to any priced cruise, and this towel art is certainly right up there with the best for them.

Sadly I could not find out where this was, but I would go for Disney world or somewhere very similar. Let us face it, anyone who can make a dinosaur from a bath towel is amazingly creative no matter where they are from!

What baffles me is how do people know they can make these? I have never looked at a bath towel and thought that I might just be able to make a cool snake from that, my idea of a snake towel is just one rolled up, not on in attack stance with a dipped head!

Some people might say that adding some eye stickers to the towel art is cheating, but maybe it is my child like mind that would see this as a penguin with or without the stickers!

Made by “towel artist” Isamu Sasagawa this rabbit is just about as cute as towel art gets! In Japan it is called “oshibori art” and it is the art of folding small wet hand towels that are given to you before a meal, but it is still towel art even if it isn’t in a hotel room.

Not only is this amazing 3 towel display, it is also covered in fresh flowers and that pole object in its mouth? That is the daily newspaper! Seen at the Marmara Sabena Resort in Egypt they are often considered to be the masters of towel art and I think this really does prove it. 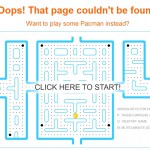 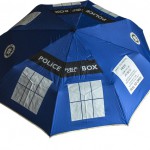 Ten of the Most Amazing, Creative and Unusual Umbrellas You Can Buy 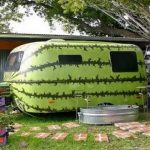 Ten of the Worlds Most Amazing Creative and Unusual Caravans 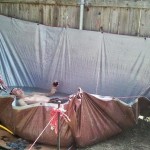 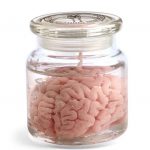 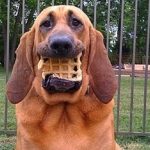