Being a celebrity is awesome as you get to enjoy all that attention. It is also hard since everyone watches your moves and judges them. Nothing draws more attention than a celebrity in a relationship though, especially if the partner is also a celebrity. Celeb relationships are always on a clock as the world holds its breath to see whether it will last or end in tears. Many end in tears and some have more tears than others. There have been lots of ugly celebrity breakups but these 10 are unforgettable. 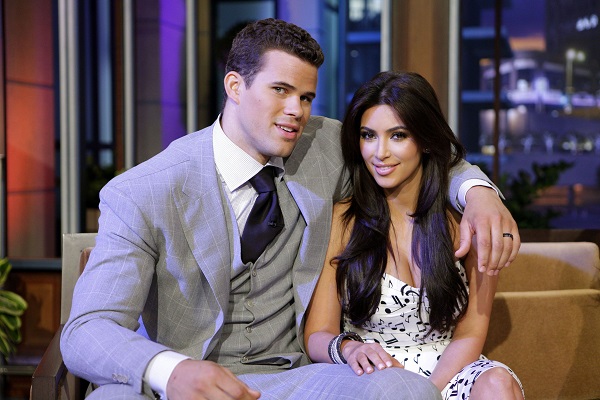 Kim and Kanye have lasted longer than most people expected them to. Before she married Kanye, Kim Kardashian was married for just 72 days, a marriage that ended in one of Hollywood’s messiest breakups. She was married to the NBA star from August to October 2011 after dating him for less than a year.

The 72-day old marriage ended when rumours surfaced of Kim cheating on Humphries with Kanye West. It was painful on the star who complained on Twitter after Kim filed for a divorce from him. Kim later said that she had only married him because of the pressure of growing old without getting married. 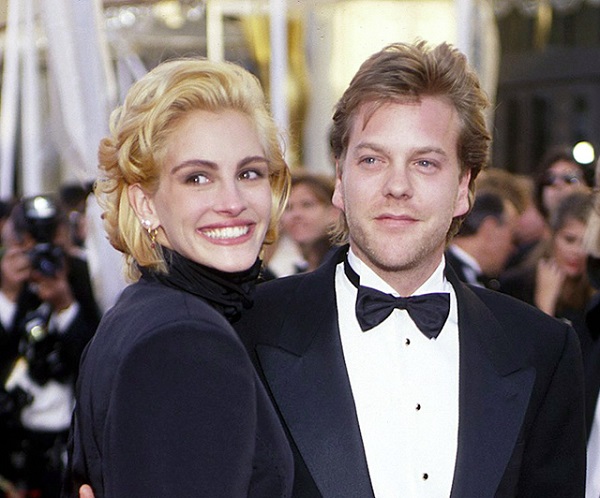 Did you know that Julia Roberts was Kiefer Sutherland’s runaway bride? Okay nearly. Their romance started in 1990 on the set of Flatliners when Julia was probably the most famous woman in the world. She was engaged to Dylan McDermott at the time while Kiefer was married to Camelia Kath. Julia called off her engagement while Kiefer filed for divorce from his wife and the two got engaged.

However, before they got married, rumours surfaced of Kiefer cheating on Julia with a stripper. Julia didn’t call the engagement off until two days before the wedding day when she ran away with Jason Patric, Kiefer’s best friend. That was the dramatic end of the Hollywood power couple. 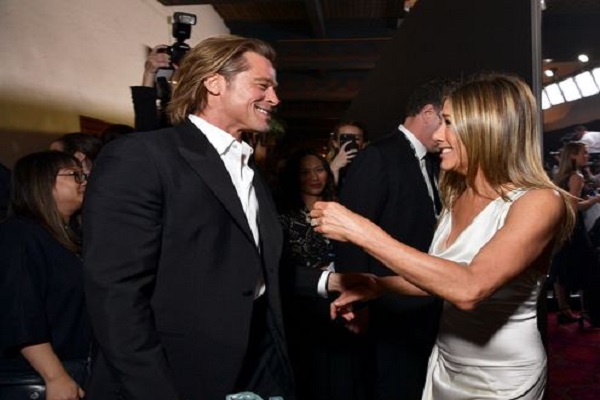 Brad and Angelina were the pride of Hollywood while they lasted but their start was way messier than their end. After Kiefer and Julia Roberts, Brad and Jennifer became the new Hollywood perfect couple. They were happily married from 2000 to 2004 when Brad met Angelina Jolie on the set of Mr. & Mrs Smith.

The happy marriage became tumultuous as Brad and Angelina became the talk of every magazine. They divorced in 2005 while Angelina and Brad were already dating although Angelina Jolie denied cheating with Brad Pitt. Pictures of Brad Pitt and Angelina Jolie on a beach in Kenya while Brad was still married to Jennifer told a different story though. 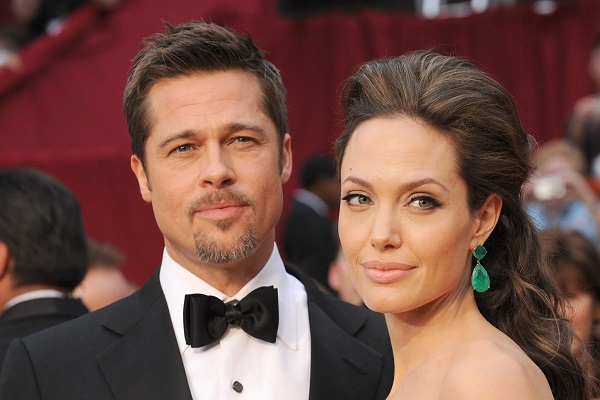 The talk of a divorce between Brad Pitt and Angelina Jolie was unimaginable throughout the 2000s as they seemed like the world’s perfect couple. They started dating while on the set of Mr and Mrs Smith in 2005 although they kept the relationship private until 2012 when they announced their engagement.

Their relationship seemed perfect for a long time until Angelina Jolie’s sudden announcement of separation in 2016, just two years into their formal marriage with six children between them. The divorce dragged for three years with both sides exchanging harsh words. 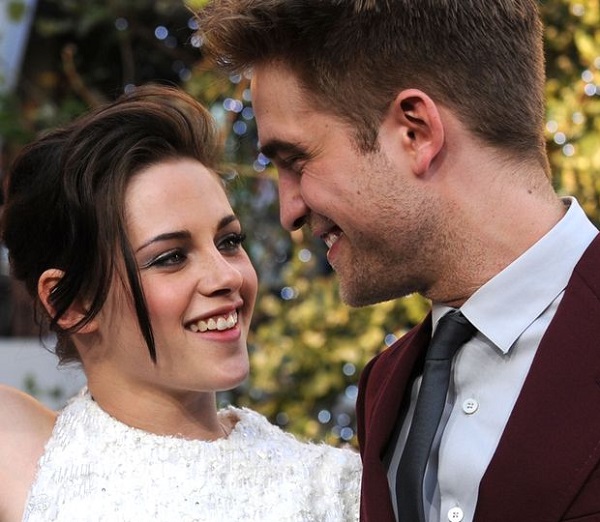 Twilight 2008 was a big hit but nothing about it was as interesting as the chemistry between its two stars Kristen Stewart and Robert Pattinson. They started dating in 2008 while on the set of Twilight although they denied it in public until 2012 when they finally made it public and rumours of an engagement were in the tabloids.

The same year the Hollywood power couple made their relationship public is the same year that things fell apart. Photos appeared online of Kristen Stewart and director Rupert Sanders kissing. Sanders was married at the time and his wife divorced him immediately after the scandal. Kristen issued a public apology but Robert moved out of their house and the blooming relationship ended. 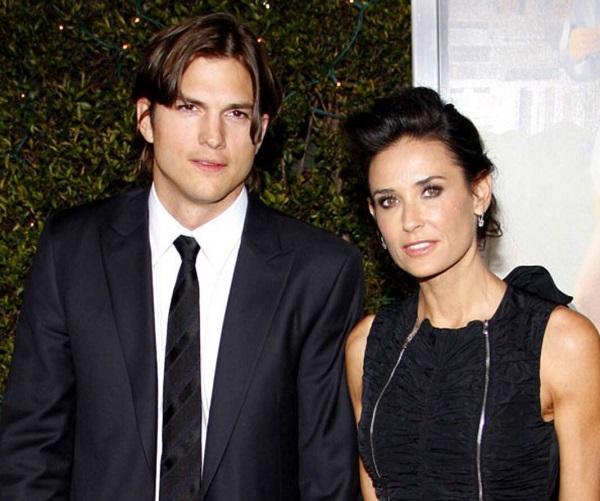 Before meeting and marrying the charming Ashton Kutcher 16 years her junior, Demi Moore was married to Bruce Willis. Their 13-year-old marriage ended after the couple had three daughters between them. The two are still great friends after the long break up. The same could not be said for her marriage to Ashton which hardly lasted five years. 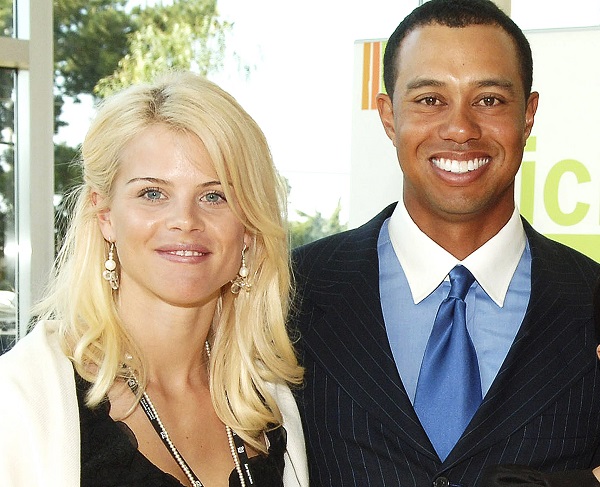 Guess how Elin kicked Tiger out of their home! Yes, a golf club. The two got married in 2004 after a rather public romantic life. However, in 2009, after their son Charlie was born, rumours emerged of Tiger having had an affair with a bar manager in New York.

Both Tiger and the woman denied the rumours. Then came the car accident in the same year which was rumoured to have been caused by a fight between the two because of Tiger’s unfaithfulness. The marriage had hit the rocks and so came the messy break up that ended in 2010 after Elin was awarded $100 million and Tiger going to Rehab after being accused of cheating with hundreds of women. 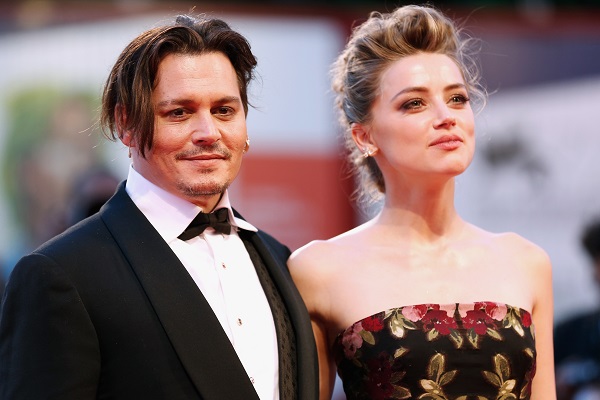 Amber Heard filed for a divorce from the Pirates Of The Caribbean star just three days after the latter lost his mother. Amber claimed that Johnny had abused her physically and even released photos of her battered face and broken lips to support her claims. However, Venessa Paradis, Depp’s ex-wife of 14 years And their daughter Lily Rose came in support of Johnny Depp claiming that Heard was lying and that she only wanted to extort money from Johnny Depp.

The divorce became a messy court battle as the tabloids were filled with videos that seemed to prove that Depp was actually abusive. Amber also confessed to having hit Johnny Depp at one point. After six months of fighting, the divorce was finalized with Amber getting $7 million from Depp which she later donated to charity. 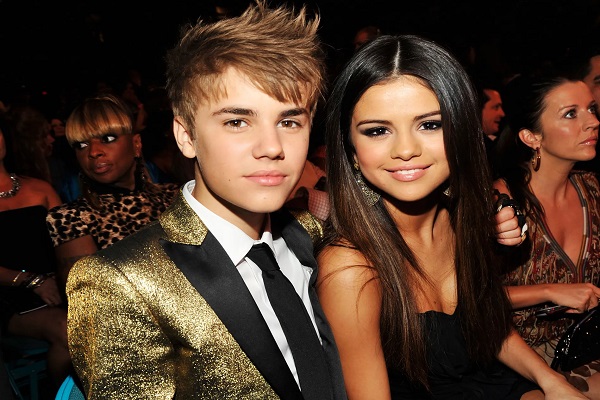 This is probably the most historic teenage breakup of all time if you include the number of songs that accompanied it. Selena’s last song on the break up “Lose You To Love Me,” came in 2019, long after Bieber was married to Haile Baldwin. Their relationship started in 2010 but then they broke up in 2012.

Then came the period of on and offs when they both dated other people and exchanged words about their relationships on social media. In June 2018, when it seemed like they were going to get married, Justin Bieber surprised the world with news of his engagement to Baldwin with whom they had also broken up earlier. They were married by September and all Gomez could do was express her feelings in new hits. 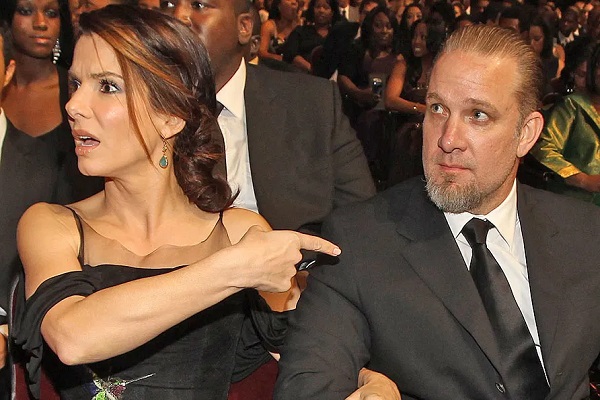 When Sandra Bullock won the Academy Award for best actress in 2010, she praised her then-husband Jesse for being her rock and helping her become better at her career. She probably shouldn’t have said that if she wanted to keep her marriage because all hell broke loose afterwards. Dozens of women came forward claiming to have had affairs with Jesse.

It was a dirty turn of events as Sandra was at the peak of her career and had just started adoption proceedings for her son Louis as she considered Jesse a father to him. The divorce was messy and took two years to finalize ending in Jesse’s famous confession when he said he had cheated but, “cheating is part of life.” Sandra was lucky to find love in Bryan Randall two years later bringing some light to her dark story.