From the ground, it looks like all clouds are roughly the same height. But there are vast differences that amount to thousands of ft. But what are the highest and what are the lowest? This post has all the info you need to become a could expert…

Wiki Info: Stratus clouds are low-level clouds characterised by horizontal layering with a uniform base, as opposed to convective or cumuliform clouds that are formed by rising thermals. More specifically, the term stratus is used to describe flat, hazy, featureless clouds of low altitude varying in colour from dark grey to nearly white.

Wiki Info: Cumulo- means “heap” or “pile” in Latin. Cumulus clouds are often described as “puffy”, “cotton-like” or “fluffy” in appearance, and have flat bases. Cumulus clouds, being low-level clouds, are generally less than 3,300 ft in altitude unless they are the more vertical cumulus congestus form. Cumulus clouds may appear by themselves, in lines, or in clusters.

Wiki Info: A stratocumulus cloud belongs to a genus-type of clouds characterised by large dark, rounded masses, usually in groups, lines, or waves, the individual elements being larger than those in altocumulus, and the whole being at a lower altitude, usually below 2,400 meters (8,000 ft). Weak convective currents create shallow cloud layers because of drier, stable air above preventing continued vertical development.

Wiki Info: Cumulonimbus, from the Latin cumulus and nimbus, is a dense towering vertical cloud associated with thunderstorms and atmospheric instability, forming from water vapour carried by powerful upward air currents. If observed during a storm, these clouds may be referred to as thunderheads. Cumulonimbus can form alone, in clusters, or along cold front squall lines. These clouds are capable of producing lightning and other dangerous severe weather, such as tornadoes.

Wiki Info: Nimbostratus usually produces precipitation over a wide area. Nimbo- is from the Latin word nimbus, which denotes precipitation. It has a diffuse cloud base generally found anywhere from near surface in the low levels and about 9,800 ft in the middle étage. Although usually dark at its base, it often appears illuminated from within to a surface observer.

Wiki Info: Altostratus is a middle altitude cloud genus belonging to the stratiform physical category characterised by a generally uniform grey to bluish-green and sheet or layer. It is lighter in colour than nimbostratus and darker than high cirrostratus. The sun can be seen through thin altostratus, but thicker layers can be quite opaque.

Wiki Info: Altocumulus is a middle-altitude cloud genus that belongs mainly to the stratocumuliform physical category characterised by globular masses or rolls in layers or patches, the individual elements being larger and darker than those of cirrocumulus and smaller than those of stratocumulus. However, if the layers become tufted in appearance due to increased airmass instability, then the altocumulus clouds become more purely cumuliform in structure.

Wiki Info: Cirrus is a genus of atmospheric cloud generally characterised by thin, wispy strands, giving the type its name from the Latin word cirrus, meaning a ringlet or curling lock of hair. The strands of cloud sometimes appear in tufts of a distinctive form referred to by the common name of “mares’ tails”. On planet Earth, cirrus generally appears white or light grey in colour.

Wiki Info: Cirrostratus is a high, very thin, generally uniform stratiform genus-type of cloud, composed of ice-crystals. It is difficult to detect and is capable of forming halos when the cloud takes the form of thin cirrostratus nebulosus. The cloud has a fibrous texture with no halos if it is thicker cirrostratus fibratus. 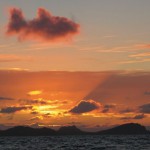 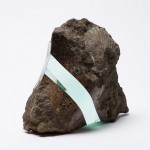 Top 10 Amazing Rocks and Stones With Layers of Glass 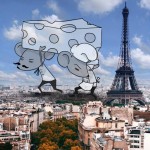 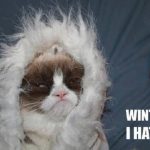 The Top 10 Coldest Places on Earth and Their Lowest Temperatures 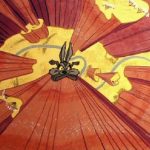 The Worlds Deepest Canyons Based on Their Lowest Point 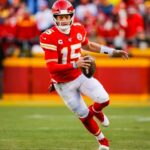