While we are essentially a tiny group of islands here in the UK, that doesn’t mean we don’t get hit by meteorites. In fact, some of these meteorites and so large, that I’m surprised they didn’t crack our islands in half! So without further delay, let’s get going, onto the UK’s biggest meteorites…

More Info: It is said to have formed in the inside of an asteroid and scientists think it dates in the early solar system when some asteroids got large enough that they started trying to become planets or planetesimals.

More Info: The Crumlin meteorite fell on September 13th 1902. It landed 20 yards away from John Adams who was gathering apples from a tree on the edge of a cornfield at Crosshill Farm.

More Info: Although meteorite falls are rare everywhere, Scotland seems to have “escaped” unexpectedly lightly from such bombardment – over 18 falls are known from England and Wales. This effect may be more apparent than real, as much of Scotland is only sparsely populated, and the results of any unseen falls would rapidly become untraceable in the extensive tracts of mountain, bog, loch and forest.

More Info: The oldest object is a fragment of the Strathmore meteorite, currently displayed as part of the ‘Wild and Wonderful’ gallery, and is approximately 4.5 billion years old, dating back to the birth of the solar system.

More Info: The Stretchleigh Meteorite has been recorded in several pamphlets and books. In ‘A View of Devonshire’ written in 1630 by Thomas Westcote, gent. stated: “I cannot say from heaven–a stone of twenty-three pounds weight, with a great and fearful noise in falling, first it was heard like unto thunder…”

More Info: It came from outer space … and landed in Perthshire. Now almost 100 years after the so-called Strathmore Meteorite crashed with a thud during the First World War, a thick slab is set to fetch between £10,000 and £15,000 at auction.

More Info: Early analyses recorded two parts of the stone, an earthy part, and a malleable part. The earthy part analysed as containing silicon, magnesium, iron, and a small amount of nickel, of which some parts of the iron and nickel were in the elemental state; the earthy substance was similar to kaolin (weathered feldspar), but relatively tough.

More Info: Describing the explosion, Hoskins says: “It began as follows. First, as it were, one piece of ordnance went off alone. Then, after that, a little distance, two more; and then they went as thick as ever I heard a volley of shot in all my life. And after that, as if it were the sound of a drum… yet this was not all; but, as it is reported, there fell various stones, but two is certain in our knowledge.

More Info: An article in the Scientific News (No. 2588, 30 October 1914) stated “a small fragment which had been detached from the larger mass was put on view in a shop-window at Appley Bridge.”

More Info: The four billion-year-old rock scattered sporadically over a mile radius hitting cars, windows, factories and landing in fields. When all the fragments were recovered – although there could still be more – it turned out to be the largest meteorite to ever fall in the UK. 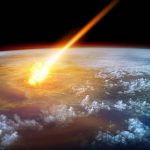 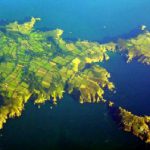 The Top 10 Largest Islands in the UK 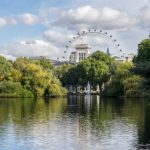 The Top 10 Largest Lakes in the UK 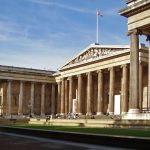 The Top 10 Largest Museums in the UK 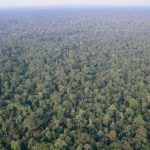 The Top 10 Largest Woodland Forests in the UK 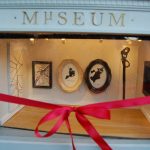 The Top 10 Largest Museums in the World