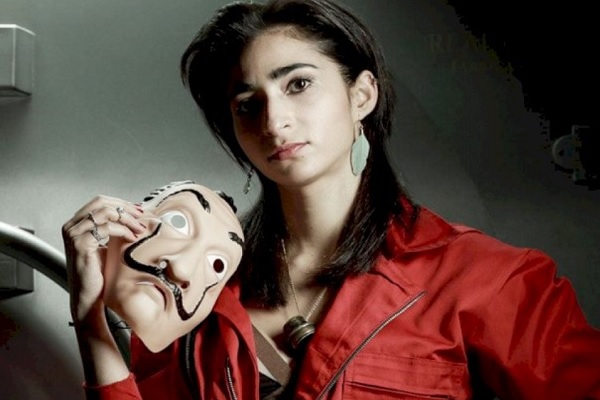 Crime Drama doesn’t get any hotter than Money Heist, and a female star in an action film couldn’t be better than Nairobi. Alba Flores played The Professor`s quality control manager for the first heist in the Royal Mint of Spain, and her performance was outstanding. Her character’s death in the second heist at the bank of Spain remains the saddest event in the crime drama. Interesting, as her performance was, Alba Flores is not that popular with most of her fans from all over the world because most of her career has been in Spain. Here is a look at some things you probably don’t know about her.

Her Journey to Fame

Alba Flores is one of those people that were naturally born to act. She joined drama school at the young age of 13 and studied Dramatic Interpretation as well as piano and other musical instruments. While she is a great musician and pianist, Flores’ music career hasn’t earned her any professional recognition yet. She, however, started acting at a young age, starring in the 2005 Spanish film Honeymoon In Hiroshima as well as the A Midsummer Night’s Dream in 2007. Her performance was noted by directors and earned her the main role of Jamila in the TV show The Time In Between. She became a celebrity in Spain, although she didn’t get much international recognition until her role in Netflix’s Vis A Vis.

She Grew Up With A Single Parent

Alba Flores uses Alba Gonzalez Villa after her mother, Anna Villa, who had to bring her up single-handedly after her dad’s death when she was only nine. Her father was Antonio Flores, a Spanish musician descending from another great Spanish star Lola Flores. Before he died, Alba Flores’ father wrote her a song named Alba, which he sang praising his daughter’s beauty. He died from an overdose, and his death is probably the most traumatic experience Alba has ever had to endure. Her mother, Anna Villa, is a Theatrical Producer, but there are few details about the works she has been involved in.

She Is The Grandchild Of Lola Flores

Alba Flores fit in naturally in the role of Nairobi and many other roles she has had on TV and the big screens. Her great performance is the product of hard work and probably inherited genes from great artists in her family. Her Stardom traces way back to her grandfather, the Catalan musician Antonio Gonzalez, who is considered the father of Catalan Rumba. Her grandmother was also the legendary Spanish actress Lola Flores also known as The Pharaoh, who happens to be one of the greatest Spanish artists of all time with her statue located at the Jerez De La Frontera Railway Station. Her aunts Lolita and Rosario, are also renowned Spanish singers.

She Was Not In The Original Cast List Of Money Heist

Alex Pina, the creator of Money Heist, had worked with Alba Flores in her previous TV show Vis A Vis before creating La Casa De Papel. Money Heist (La Casa) was only meant to have one main female star, Tokyo, played by Ursula Corbero and when Pina noticed that the show needed another female star. He then approached Flores to take up the role of Nairobi, which he proceeded to create for her specifically. It is hard to imagine Money Heist without Nairobi because Flores’ performance was outstanding. Her death may also have something to do with the end of the script Pina created for her.

In Money Heist, Nairobi and Helsinki have a certain special bromance that some fans even considered romantic. However, Helsinki being gay meant that Nairobi had to stay single forced to silently admire Helsinki. The show, however, introduced Nairobi as straight, having had a son before and even requesting El Professor to donate his sperms to her even though “the natural way,” before her sad demise. In real life, Alba Flores remained tight-lipped about her sexuality, and it is not clear whether she is gay or straight. She has not said anything about her love life, although she was linked with the Spanish singer Ondina Maldonado some years back, which suggests she may be gay.

When asked about their worst scene, most stars mentioned the episode in the third season when they were all at sea, and the professor said they were in international waters because they were all seasick and sunburnt, yet they had to stay in the heavy costumes. When asked about the hardest scene she had to shoot in Money Heist, Alba Flores said it was the entire fourth season.

The action on the second heist, which involved robbing the Bank of Spain, was intense, and she had to invest lots of emotion than in the first three seasons. She was also expected to handle more emotional involvement with Helsinki while avoiding death the first time, then dying in a second tough scene when Gandia shoots Nairobi. The dying scene was probably the hardest one because she said she took it hard.

Money Heist Is Not Her First Crime Drama

Most fans of Money Heist wonder where Alba Flores was before becoming Nairobi, but Vis A Vis (Locked Up) fans are quite familiar with Alba’s performance. Her Performance in Vis A Vis, which aired on Antena 3 from 2015 before Fox picked it up as Locked Up in 2018, made Alba Flores the actress to beat. She actually won two awards for her performance on the prison drama, which is one more than what she has won from Money Heist.

She played Saray, a member of the notorious prison gang that managed to escape from prison and had to live a life on the run. Locked Up wasn’t as intense as Money Heist, but Alba’s performance on both has been awesome. Money Heist actually shoots on the same location where the original episodes of Vis A Vis were shot.

She Was Sad About The Death Of Nairobi

Nairobi’s orders at hostages, coupled with a little bit of humour and authority was priceless in the first four seasons of Money Heist. Alba Flores was heavily invested in her character as Nairobi, just like the fans, and hoped that her character would live until the end of the show. She was shocked when she found out about Nairobi’s death.

She said that she didn’t know about her character’s death until it happened on set, and it was sad for her. She had grown to love Nairobi so much, although she felt that Nairobi would be stronger and probably more decided. It is not clear whether she will return in flashbacks like Berlin, although fans would love to see in the coming seasons of the show.

She Is A Feminist and Vegan

Alba Flores is as strong a fighter in real life as her character Nairobi in Money Heist. She is an ardent vegan that pushes for animals to be left off the plate, which is a big contrast from Nairobi, who doesn’t seem to have a problem with eating animal products. Her activism also extends to other social injustices surrounding women’s rights and sexuality. She is a loud defender of women in the arts industry as she pushes for fair treatment and pay. She said the fair treatment of women in film is long overdue. She, however, said that La Casa De Papel is not a feminist series.

Alba Flores’ future in Money Heist is now in question since there is no proof that she was called for the shooting of season five. Money Heist is the show that has earned her global recognition, and she is definitely going to land greater roles. Before Money Heist and Vis A Vis, Alba Flores wasn’t famous globally, although she was well known in Spain after her previous performance in The Time In Between. She was also acclaimed for her performance in the role of Carmen in the 2015 Spanish film The Memory of Water.