I have started to enjoy something that I think is the next nest thing to sliced bread. It is the perfect marriage of cake and bread and one of the easiest desserts you can make. I am talking about dessert bread, and here are just 10 of the very best recipes for it…

We start this post off with a rather unusual spin on the more common banana bread recipe. Made with a red velvet cake mix it really gives the bread its very distinctive colour as well as distinctive but very sweet taste.

This rather visual style bread is in fact called Povitica and is apparently a traditional Eastern European Dessert Bread that is most probably just as lovely to look at as it is to eat! It is a basic bread recipe but with a sweet walnut filling that sounds simply divine.

It might not look the best visually, but the recipe name alone is enough to make most mouths drool.  There were some lovely reviews for this recipe in the link and it seems to have gone down rather well with everyone who has made it.

There are loads of pumpkin bread recipes out there an all of them are perfect for using that pumpkin after Halloween.  But it was this one with a coconut icing style top in that really caught my attention. Fairly healthy in style, but definitely sweet on taste it is the perfect combination of flavours and styles.

If you are after a recipe for a crumbly, messy style bread with a sweet cinnamon taste this is a recipe for you. I have to admit I don’t even know what a snickerdoodle is but that doesn’t stop me from wanting to eat a whole loaf of it!

I was never a fan of banana bread, to be honest with you, but now I have found this recipe that is made with smooth peanut butter, things might well have changed. Not only does the actual cake its self-look and taste divine, but that maple glaze topping finishes it all off rather nicely.

Looking like a loaf of bread that Hello Kitty would have made comes this rather fruity (and very pink looking) cherry dessert bread. What I love about all these dessert bread recipes is that the basic bread recipe sugar, milk, oil, eggs, flour and salt always remains.  Then you just add in the flavours and styles that you want. So if you can indeed make your own bread you are well on your way to making any of these.

Not only does this blueberry vanilla bread with a sweet lemon glaze look like art, but I think the recipe is pretty much art itself! A slice of this with a hot cup of coffee would go down a real treat.

This rather summer themed spin on the common banana bread recipe looks and sounds amazing with a strawberry studded crust and a golden light and buttery taste I think it would work at all times of the year, not just summer.

Just saying the name of this recipe is enough to get my vote as one of the best dessert bread recipes. With large chocolate chips on the crust and that cream cheese filling it is perfect for a party of evening tea. 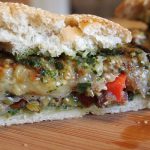 Ten of the Very Best Designs and Recipes for Muffuletta Bread 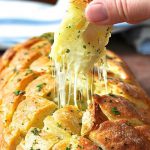 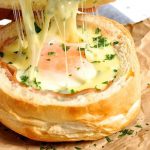 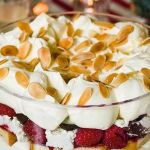 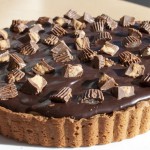 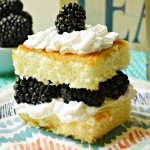