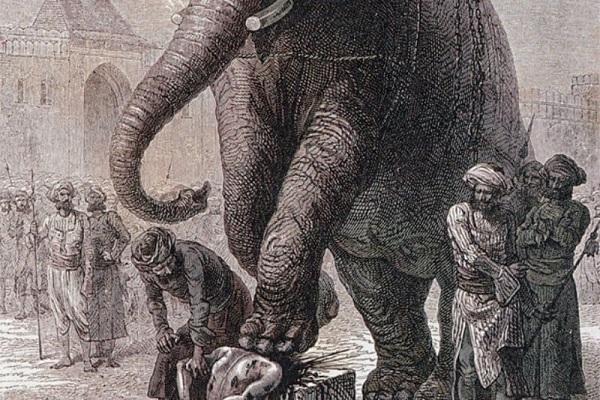 The death penalty is a contested issue today as many human rights organizations don’t consider it a viable form of justice for any crimes. State-sponsored executions however have been part of humanity for almost as far back as history goes. As humans invented new things, harsher methods of execution were also invented with different countries coming up with ways of making execution more fearful. Whether you support the death penalty or not, you would have to agree that there is no point in hurting someone that you are gonna kill anyways. Our ancestors were good at delivering brutal deaths though, and these are 10 of the worst.

This is the method of execution that was used by the sons of Ragnar Lothbrok to kill king Aelle of Northumbria as punishment for the murder of their father. There are other accounts of its use in the Sagas in Norse literature but each time, it was only used on noblemen. It involved “giving the victim wings” by separating the ribs from the spine then spreading the victim’s ribcage outwards so that they appeared as if they were flying. The victim’s lungs would then be pulled out through the back. The procedure started while the victim was alive, most of whom would be dead from shock and over bleeding by the end of the process.

Boiling to death was a surprisingly very common method of execution in Ancient Europe, Asia and Africa. There are accounts of people being boiled to death by Romans including in the bible where John the disciple of Jesus was boiled in oil. The victim would be put in a pot and be boiled either in oil, tallow, wax, molten lead or water until they died.

It was one of the most painful ways to die but it was preferred by the states because it was cheap and always effective. In England, during the reign of Henry VIII, a royal order was passed that declared boiling to death as the official punishment for poisoning. Emperor Nero of Rome was also a big fan of this type of execution. 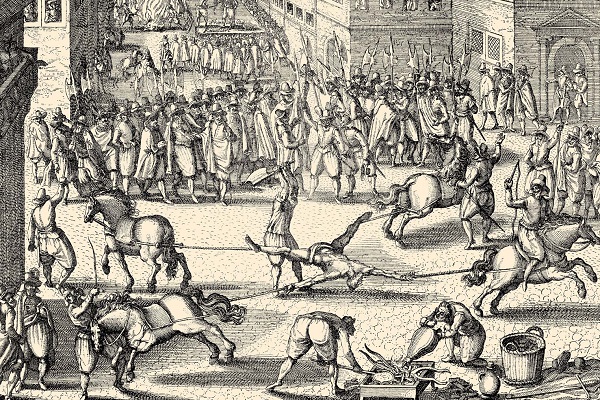 England abolished the Death Penalty for treason in 1998. Before that, people convicted of treason could be subjected to this form of execution. It was modified in the 19th century to Drawing, Hanging to Death, then posthumous beheading and quartering. However, in the Treason Act of 1351, the punishment involved tying the convicted person onto a board and having a horse drag them to the gallows.

The victim would then be hanged to a point near death before being removed from the gallows to be beheaded, dismembered then cut into four pieces that would then be displayed in public places as a warning to others. The punishment was reserved for men accused of attacking members of the royal family or nobles and perceived enemies of the crown.

Jesus of Nazareth remains the most famous victim of this method of execution today. However, this form of punishment has been used by many states throughout history including as recently as the 20th century. It involved nailing or tying the convicted person onto a wooden pole, or a cross as seen on most crucifixes.
Most of the victims would have been beaten severely but not dead. The person would be left on the cross for days to suffer from starvation, dehydration and finally die from asphyxia, bleeding or animal attacks. It was a form of torture and execution reserved only for the worst of criminals such as murderers, treasonous individuals and other enemies of society. The execution always took place in a public place so that people would see and be scared of engaging in the same crimes as the victim.

This one goes back to the emperor Nero of Rome again, who enjoyed particularly depraved methods of torture and execution. He hated Christians and preferred this method of execution to try and deter other people from joining the religion. Condemned victims would be smeared with flammable substances such as plant resins and oil and then set ablaze. The fire would start from the feet upwards to lengthen the pain. It is said that Nero used the victims as the source of light for his parties. 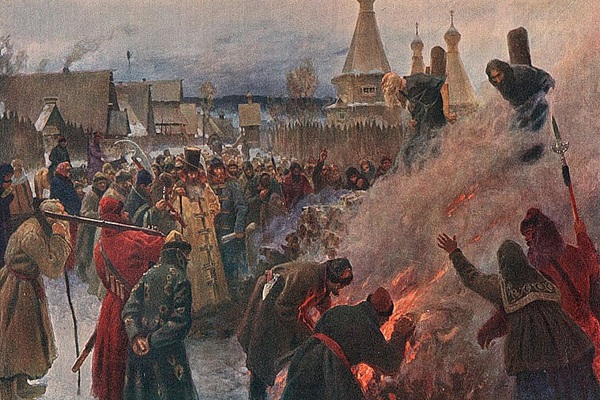 Burning At The Stake

The last “witch,” to be burned at the stake in Britain was Janet Horne in 1727. She was accused of having used her daughter as her pony to ride the devil. Burning witches at the stake happened in Europe for more than 300 years. It was also the most common form of execution for women accused of other crimes such as treason in England because it was considered indecent to hang and quarter them. In other places, such as The Middle East and Africa, gender wasn’t a major consideration when deciding who burned at the stake. The process involved smearing the victim with oil, tar or any other flammable object then tying them to a pole, sometimes over a pile of wood then set ablaze.

Molten lead was also a common option. In 1599, a Spanish governor of Ecuador suffered this fate when the native Jivaro tribe captured him and poured molten gold down his throat. Many Roman nobles are also documented to have been executed using this method including Manius Aquillius in 101BC. It was mostly used as punishment for being greedy. The Spanish also used it during the Inquisition.

This one was considered horrific even by the most hardened medieval executioners. It was reserved for the worst of crimes, mostly during war times and for treasonous citizens. It involves inserting a sharp object such as a spear, a stake, a long sword or whatever long slender object that can be inserted into the orifice. Death could come within seconds or days depending on how long it took for the stake to hit vital organs and come out through the victim’s neck or mouth.

There are records of impaling from as early as the 18th century BC, but the best, or worst impalers, depending on how you see it, were the Dutch executioners of Batavia, Indonesia, then a Dutch colony. They had mastered ways of impaling people and keeping them alive for days making the process more painful. 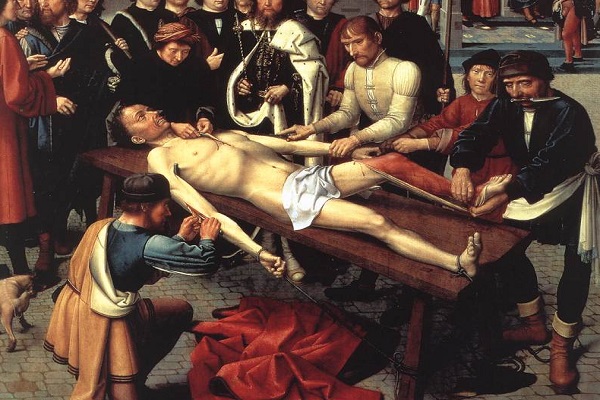 The Neo-Assyrian empire in the 9th century was famous for putting their victims through the worst forms of execution and this was one of their most preferred. It was also performed like the Blood Eagle, mostly reserved for nobles and leaders of other states deemed as enemies of the nation. Expert executioners would carve off part or all of the victim’s skin. Death from shock and excessive bleeding was almost assured. If one survived the flaying, they would be left with no skin which essentially meant they would die from infection or anything that got them afterwards.

The Bronze bull was invented in 6th century Athens by a man called Perillos who unfortunately became the first victim of his own invention. The invention was used by many regimes afterwards including the Romans. The hollow bull had enough space to hold either one or multiple people.

Fire would then be set under the bull’s belly causing it to heat up. Some smoke would also enter the bull and come out through the nose. As the victims wailed, their screams would be muffled by the tubes inside the bull’s stomach and come out as if the bull was bellowing. Death came slowly and with excruciating pain for the victims.