Poker is one of the most popular games of all time, so it’s no surprise that there have been so many movies made about it. Over the years, lots of directors have attempted to portray poker on the big screen, with varying degrees of success. Not every poker movie is a winner, but there have been plenty of great films that feature the game somehow. Whether you’re new to poker or are an experienced player, these can be a real treat to watch. If you fancy a break from playing or studying the game, why not give one of these movies a go?

While the movie itself isn’t actually about poker, it does take up a significant part of the film. In the original novel, secret agent James Bond is sent to track down the dangerous Le Chiffre, a man who has been responsible for financing a spate of terror attacks around the globe. Although the book centres around a high-stakes baccarat game, the film producers thought most audiences would be more familiar with poker, so they slightly changed the plot. Bond must win a high-stakes Texas Hold ‘Em game to bankrupt Le Chiffre and force him to give up information.

While it’s more aimed toward casual movie-goers rather than experienced online poker players, Deal is still quite a fun movie to watch. Tommy, an ex-player, tries to educate young Alex on poker methods and strategies for him to take on the poker world and make a lot of money. The movie stars Burt Reynolds and Bret Harrison, both of whom do an OK job of making this a believable and fun watch.

Molly Bloom, an Olympic skier, has her life changed forever after a serious injury means she can no longer compete. To make ends meet, she sets up a high-stakes poker room in Los Angeles. The movie centres around the success of her business, followed by the subsequent FBI investigation. This movie is based on a real story and is fascinating to watch. It stars Jessica Chastain, Idris Elba, Michael Cera, and Kevin Costner and explains the story in full.

This action-comedy stars Mel Gibson, Jodie Foster, and James Garner and still holds up as an exciting and interesting movie today. While the movie doesn’t focus entirely on poker, the game is central to the plot, as the main character must raise money to play in a winner-takes-all tournament. As he desperately gambles to try and raise the funds he needs, Maverick gets into plenty of unfortunate situations.

The Grand is a poker comedy mockumentary that explores the bizarre and unbelievable times that were the poker boom years of the early 2000s. Directed by Zak Penn and starring lots of big names, including Woody Harrelson, the movie is well worth a watch by any poker fan, especially those that played during this time. 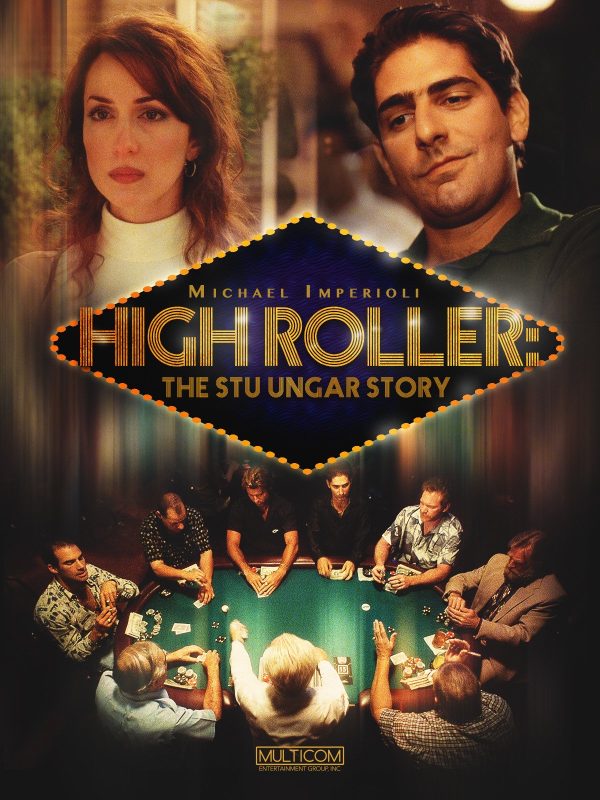 This dramatized documentary explores the incredible true story of Stuey Ungar. The movie follows his story from starting gambling at age ten to becoming a multi-millionaire through playing cards. It stars Michael Imperioli, who you may recognize as Christopher Moltisanti from The Sopranos. Ungar was considered by many to be one of the world’s best poker players, winning five WSOP bracelets before his untimely death.

Mississippi Grind follows the story of a down on his luck gambler, Gerry, teaming up with a complete stranger who he sees as a good luck charm. Together, the pair attempt to take on the casinos, racetracks, and poker rooms on a road trip through Mississippi.

This documentary explores poker and how the modern game has developed over the last few decades. As the documentary came out in 2009, it misses some of the more recent histories, but it covers much of poker’s golden years and the online poker boom as well as major events and the rise of poker superstars.

If you don’t mind foreign language films, Poker King is really worth a watch. Set in Hong Kong, the film features a spoiled rich kid and online poker player who must prove to his father that he’s mature enough to take over the family business.

When people think of a movie about poker, Rounders is usually the first that comes to mind. This movie is a real classic and stars the likes of Matt Damon, Edward Norton, Gretchen Mol, and John Malkovich. Aside from featuring a lot of poker action before the game truly took off online, it’s also a brilliant film that’s well worth watching if you haven’t already seen it.