While most people might think they know the answer to this question, too many people get it wrong. But not even I could have predicted the top 10 as some of these countries I didn’t know you could even grow sugarcane in them! But this is is a sign of the times and the positions of them often changes with severe climate changes. More drought, less sugarcane! Too cold, too wet, too sunny! But as of this year, this is the current top 10 list…

Wiki Info: Südzucker AG is a German company, the largest sugar producer in Europe with an annual production of around 4.8 million tonnes all on its own.

Wiki Info: The sugar industry is an important industry in Australia valued at $1.5 billion to $2.5 billion per annum, much of which is generated through export. Requiring a hot climate and plenty of water, sugar cane is predominantly grown in Queensland with some in northern New South Wales

Wiki Info: In 2011, France, the United States, Germany, Russia, and Ukraine were the world’s five largest sugar beet producers by mass, whilst by value Turkey takes the place of Ukraine. However, in 2010–2011, North America, Western Europe, and Eastern Europe did not produce enough sugar from sugar beets to meet overall demand for sugar and were all net importers of sugar.

Wiki Info: Second-tier Mexican sugar is a term in international trade referring to over-quota sugar exported by Mexico to the United States, subject to a North American Free Trade Agreement (NAFTA) tariff that declined 1.5¢/lb. for raw sugar, and 1.6¢/lb. for refined sugar, each year until it entered the United States without a tariff, effective January 1, 2008.

Wiki Info: Indian sailors, who carried clarified butter and sugar as supplies, introduced knowledge of sugar on the various trade routes they travelled. Buddhist monks, as they travelled around, brought sugar crystallisation methods to China.

Wiki Info: In an effort to power its facilities with renewable resources, the U.S. Sugar Corporation began using resources such as sugar cane bagasse for its Breakthrough Project, in which Boiler 8 was built. Boiler 8 produces steam during the milling process by burning bagasse. Steam is co-generated into electricity on-site. In essence, each year’s cane crop provides power for both the sugar factory and U.S. Sugar’s refinery operations.

Wiki Info: The first sugar cane harvest was conducted in Hispaniola in 1501, and many sugar mills had been constructed in Cuba and Jamaica by the 1520s. The Portuguese took sugar cane to Brazil. By 1540, there were 800 cane sugar mills in Santa Catarina Island and another 2,000 on the north coast of Brazil, Demarara, and Surinam.

Wiki Info: The invention of manufacture of cane sugar granules from the sugarcane juice in India a little over two thousand years ago, followed by improvements in refining the crystal granules in India in the early centuries A.D. 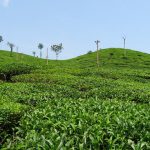 The Top 10 Most Tea Producing Countries in the Entire World 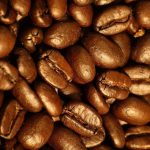 The Top 10 Most Coffee Producing Countries in the Entire World 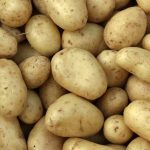 The Top 10 Most Potato Producing Countries in the Entire World

The Top 10 Most Rice Producing Countries in the Entire World 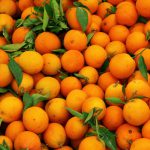 The Top 10 Most Orange Producing Countries in the Entire World 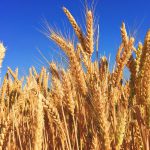 The Top 10 Most Wheat Producing Countries in the Entire World