There has only been one season of it so far and it was received with a lot of love by the Netflix watching community. If you know someone who enjoyed watching the “Stranger Things” series why not get them one of these amazing gift ideas that I just know they will love… 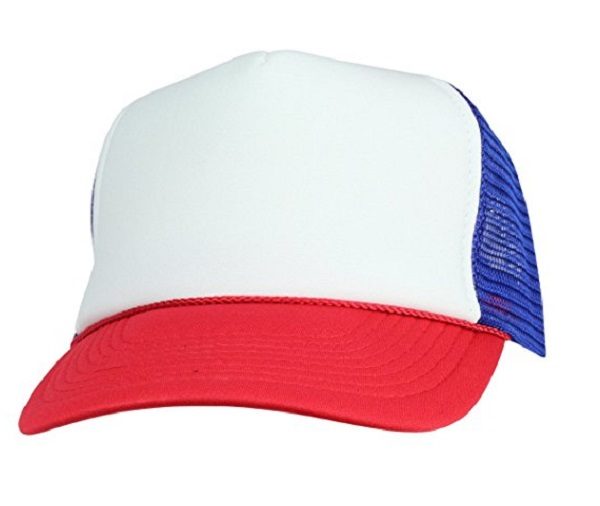 If you ask people who their favourite character in the Stranger Things series was and a large percentage of those people will tell you it was Dustin and is 80’s trucker cap. 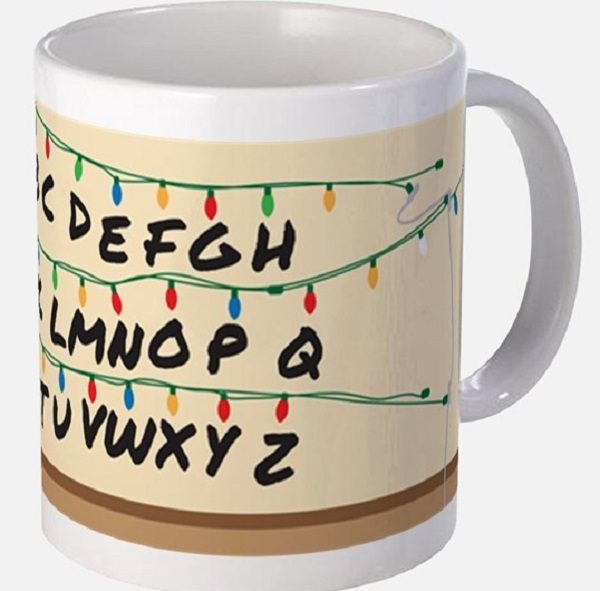 You can’t go wrong with a coffee mug. Everyone in the office needs one whether they drink coffee or not and they can show it off to anyone passing their desk! 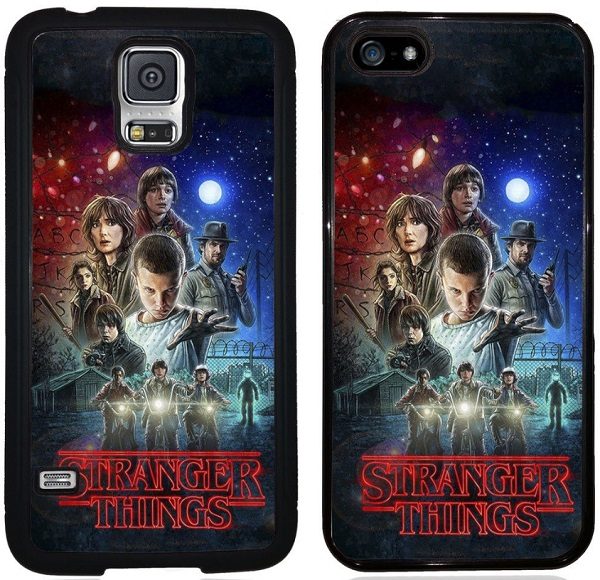 All you have to do is find out what phone they have (make sure they are not upgrading anytime soon) and get one that fits. Its a good, cheap gift that they can show off to everyone. 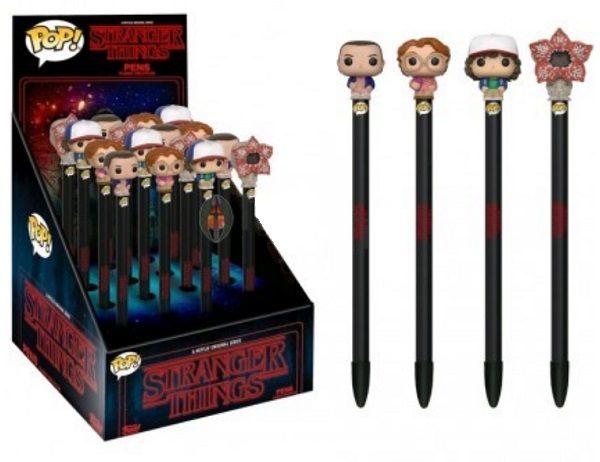 With four great character figures to choose from these cheap little pen toppers are the perfect small gift for birthdays or stocking fillers. 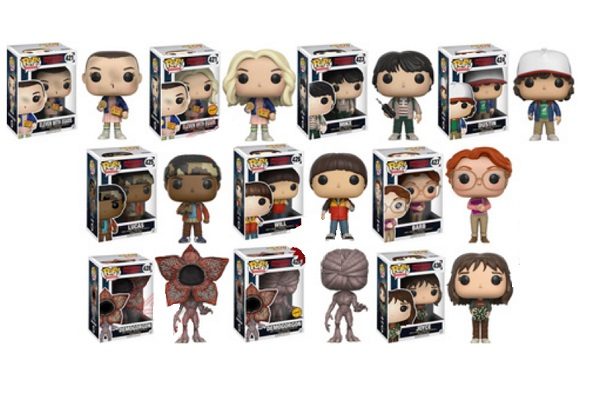 From Funko: Funko is honored to partner with Netflix and the hit Original Series Stranger Things! Fans of the amazing show will be able to take home Pop! vinyl versions of their favourite characters, including Eleven, Mike, Dustin, Lucas, Will, Barb, and, of course, the terrifying Demogorgon from the Upside Down! 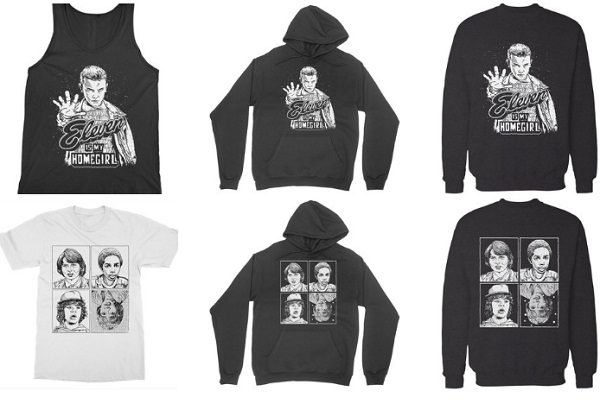 From t-shirts to hoodies, socks and pants, there is a massive range of Stranger Things clothing on the web and most of it official as well. 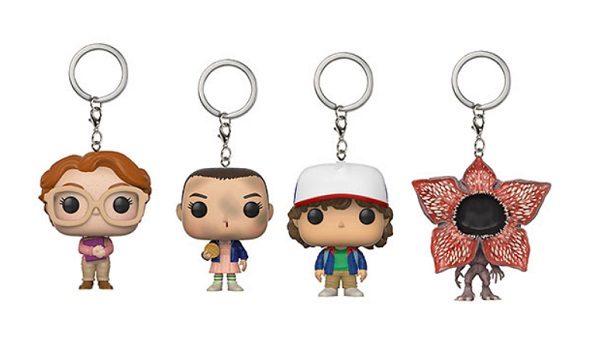 They might only be keychains, but they all look so well detailed any true fan will still love them. Besides, only being keychains also makes them easily affordable. 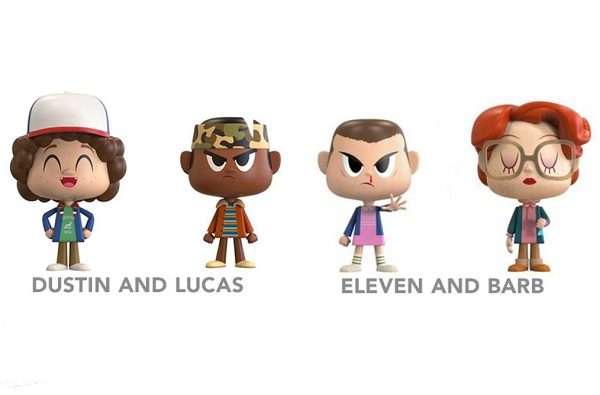 Paired up this time are your choice of either Dustin and Lucas or Eleven and Barb in an adorable cartoon style that perfectly captures their on-screen personalities. 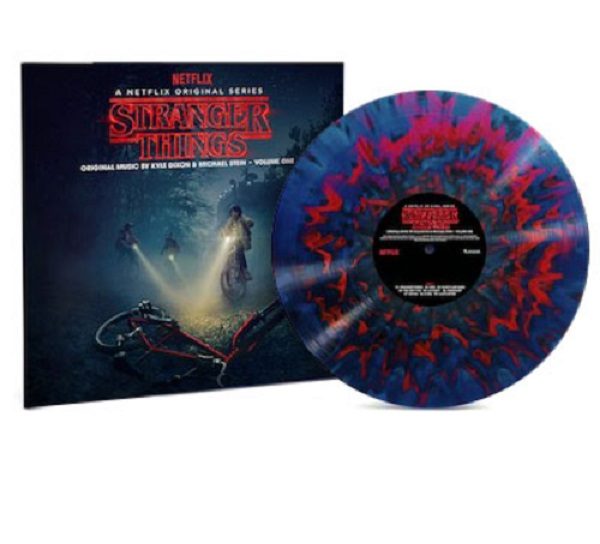 The Stranger Things Deluxe Edition Vinyl Volume 1 & 2 consist of two vinyl LPs featuring 36 tracks from the Netflix original series. It’s composed and performed by Kyle Dixon and Michael Stein for those composed all the music from the show. 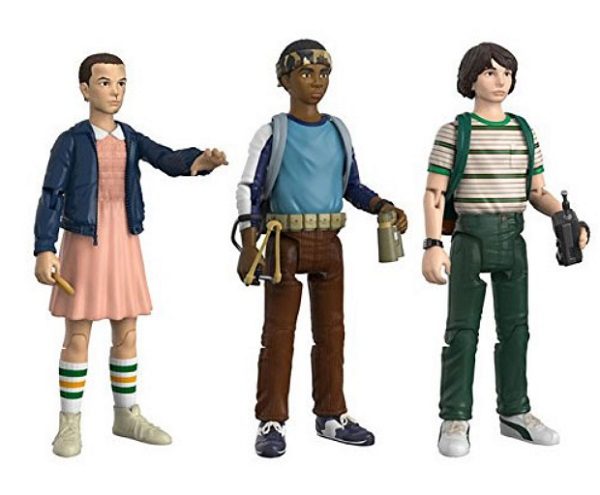 With 3 characters in each pack Eleven, Lucas, and Mike, or Will, Dustin, and Demogorgon, each action figure measures 3 3/4″ tall and has over twenty points of movement and then even have character specific items! With 2 packs of these, you could reenact the whole series! That should take a few months, so perfect timing for season 2 then.