With schools and local councils running out of money, it is often the playgrounds and play parks that are the first to be cut. But there is a new breed of playgrounds that are starting to appear all over the UK. These big name branded, often sponsored playgrounds are the stuff of marketing dreams…

This themed playground is branded to the original Angry Birds video game. With tubes, slides and swings and all the fun of the game but in playground form.

Just when you thought having fun sliding out of King Kongs nipple was weird, imagine how you get into him! This is the weirdest of out of all of these.

Worried about your child putting on a little weight because they are eating too many McDonald meals? Worry not, just visit one of them with an indoor play area for your little ones to run around on and burn off all those calories!

Radio Flyer is the official maker of the little red waggon and tricycles, while here in the UK they are almost unknown this still looks like one amazing branded playground.

Run around and pin down the giant that is Lemuel Gulliver on this massive Gulliver’s Travels themed playground. This is almost a work of art instead of kids play park.

While it was made and designed AFTER the original Star Trek series aired, the makers insist that it is nothing more that generical space themed. Whatever you say, we all know otherwise.

H plays in a pineapple under the sea, SpongeBob SquarePants! But he might just as well live there as well. Just remember to have a supply of Krabby Patties for them after all that running around this amazing playground.

Our 2nd Angry Birds sponsored playground is located in the Space Center, Houston, Texas. This time with a fun space theme attached. Those crazy birds make everything fun.

Located in Falkirk (home of the factory of Irn Bru) is this amazing playground, all installed, bought and paid for by the company as a way of saying thank you to the factory workers.

Over the years of writing this blog, I thought I had just about seen it all. Then along comes this, The Worlds First Mr Bean playground!  My mind was blown again, but I would love to visit it just because seeing is believing. 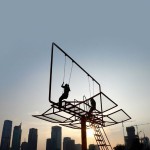 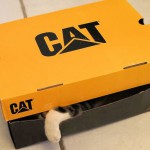 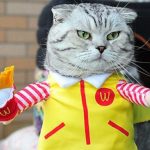 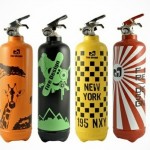 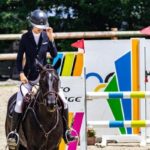 The Top 10 Pieces of Equipment Every Equestrian Needs