Albinism in animals is about the loss of pigmentation or colouration often resulting in white hair and pink eyes in mammals, but the fact is animals unlike humans can also have light blue eyes with albinism! So I thought we could take a look at ten amazing and rare animals what all have this rare disorder…

This is a great example to start with that shows animals can look even more amazing with Albinism! Unlike humans, animal albinism is not considered to be a hereditary condition, but a breakdown in a single gene.

This stunning image of an albino horse really shows off those light-blue eyes. Sadly the truth is most animals with albinism die from skin cancer, but with images like this, their beauty will always live on.

When it comes to rare albino animals a camel is right up there with the rarest of them all. In fact, only 3 have ever been caught on camera! It goes without saying that this is one of those 3.

Living in the UK I get to see an awful lot of squirrels. Red ones, grey ones, brown ones. but I have never, ever seen a white albino one! Meanwhile, in the USA there is an “Albino Squirrel Preservation Society” (ASPS) set-up to save them! So there must be quite a few more out there than I first thought.

These giant rodents are often kept as pets, and so are probably not that rare when it comes to albino ones (due to all the inbreeding) but I have never seen one before so thought I would include it.

When I say it is an albino bear, what I forgot to mention that this is an American black bear with his 2 younger brothers! All living in the wild it goes to show we humans have a lot to learn from the animal kingdom.

While most people (myself included) would think it is rare to see an albino alligator apparently it is not that rare at all, and they can often be seen in larger family groups of them.

This is the worlds only known gorilla with albinism. Snowflake was his name and while he has since passed away these amazing images will live on forever.

The amazing contrast of this albino buck against the green foliage is stunning, and I just hope he is free to live his life out without being too much a noticeable target for hunters.

You have to wonder if a hedgehog with albinism has softer spikes! Well, his pure little white prickles do look soft that is for certain, but are probably just as deadly. 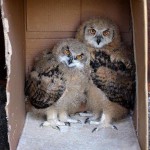 Ten Funny Pictures of Animals With a Mouthful of Something 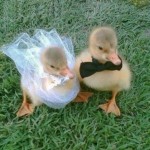 Ten Pictures of Animals Getting Married in the Traditional Way 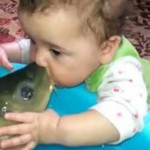 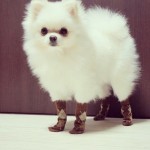 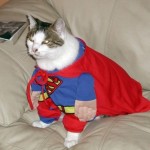 Ten of Funny Pictures of Animals Dressed Like Superman