Some of these moons are still much a mystery to astronomers as to what their surfaces are like and some are even thought to host life! But what we do know is estimates on how big they are and this list features the ten biggest moons in our known universe…

Wiki Info: Oberon, also designated Uranus IV, is the outermost major moon of the planet Uranus. It is the second-largest and second most massive of the Uranian moons, and the ninth most massive moon in the Solar System. Discovered by William Herschel in 1787, Oberon is named after the mythical king of the fairies who appears as a character in Shakespeare’s A Midsummer Night’s Dream. Its orbit lies partially outside Uranus’s magnetosphere.

Wiki Info: Titania is the largest of the moons of Uranus and the eighth largest moon in the Solar System at a diameter of 1,578 kilometres (981 mi). Discovered by William Herschel in 1787, Titania is named after the queen of the fairies in Shakespeare’s A Midsummer Night’s Dream. Its orbit lies inside Uranus’s magnetosphere.

Wiki Info: Triton is the largest natural satellite of the planet Neptune. It was discovered on October 10, 1846, by English astronomer William Lassell. It is the only large moon in the Solar System with a retrograde orbit, an orbit in the opposite direction to its planet’s rotation. At 2,700 kilometres (1,700 mi) in diameter, it is the seventh-largest moon in the Solar System. Because of its retrograde orbit and composition similar to Pluto’s, Triton is thought to have been a dwarf planet captured from the Kuiper belt.

Wiki Info: Europa, is the smallest of the four Galilean moons orbiting Jupiter, and the sixth-closest to the planet. It is also the sixth-largest moon in the Solar System. Europa was discovered in 1610 by Galileo Galilei and was named after Europa, the legendary mother of King Minos of Crete and lover of Zeus (the Greek equivalent of the Roman god Jupiter).

Wiki Info: The Moon is thought to have formed about 4.5 billion years ago, not long after Earth. There are several hypotheses for its origin; the most widely accepted explanation is that the Moon formed from the debris left over after a giant impact between Earth and a Mars-sized body called Theia.

Wiki Info: With over 400 active volcanoes, Io is the most geologically active object in the Solar System. This extreme geologic activity is the result of tidal heating from friction generated within Io’s interior as it is pulled between Jupiter and the other Galilean satellites—Europa, Ganymede and Callisto.

Wiki Info: Callisto was discovered in 1610 by Galileo Galilei. At 4821 km in diameter, Callisto has about 99% the diameter of the planet Mercury but only about a third of its mass. It is the fourth Galilean moon of Jupiter by distance, with an orbital radius of about 1883000 km.

Wiki Info: Titan is the sixth ellipsoidal moon from Saturn. Frequently described as a planet-like moon, Titan’s diameter is 50% larger than Earth’s natural satellite, the Moon, and it is 80% more massive.

Wiki Info: Ganymede is composed of approximately equal amounts of silicate rock and water ice. It is a fully differentiated body with an iron-rich, liquid core, and an internal ocean that may contain more water than all of Earth’s oceans combined. Its surface is composed of two main types of terrain. Dark regions saturated with impact craters and dated to four billion years ago, cover about a third of the satellite. 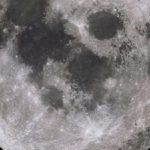 The Top 10 Largest Planetary Moons in Our Solar System 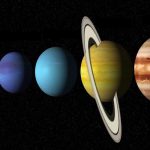 The Top 10 Largest Bodies in Our Solar System 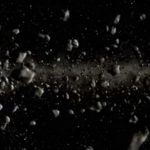 The Top 10 Largest Known Asteroids in the Solar System 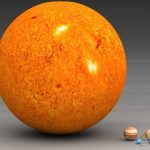 The Ten Largest Bodies in Our Own Solar System by Radius 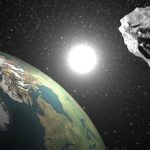 The Top 10 Largest Exceptional Asteroids Located Within Our Solar System 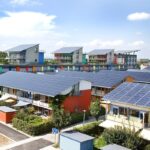