Continuing our tour of the UK’s highest mountains we take a trip to Ireland to discover some surprisingly tall mountains from around this beautiful island. While they are indeed all located within County Kerry each one is still fascinating in its own way and each of them well worth a closer look…

Often called “The Big Gun” it is located southwest is Cnoc na Péiste and to the north is Cruach Mhór. It is sometimes referred to as an Irish Munro because it is counted by the Scottish Mountaineering Club as a Furth which means it is a 3,000 ft high peak located outside Scotland.

Located on the Dingle Peninsula in County Kerry this is the highest Irish peak outside the Macgillycuddy’s Reeks. Named after Saint Brendan it is also known as the end of a Christian pilgrimage trail known as Cosán na Naomh.

Once again located in the MacGillycuddy’s Reeks of County Kerry its name translates as “hill of the steep slope” and at 3,143 ft it is a very steep slope indeed.

To the west of “The Bones” is Lough Eagher (which translates as “a lake”) and to the east is Lough Cummeenoughter which is also a tiny lake that flows into Lough Gouragh. The Bones is also the highest point on a rocky arête between Carrauntoohil and Beenkeragh.

Once again classed as “a Furth” by the Scottish Mountaineering Club, it is located between Cnoc na Péiste just to the northeast and Cnoc an Chuillinn which is just to the southwest of Maolán Buí.

Located 500 metres west of Caher East Top and is part of the MacGillycuddy’s Reeks, its neighbours include Skregmore, The Bones, Cnoc Iochtair, Carrauntoohil and Beenkeragh! And yes once again it is a Furth.

Often anglicised as Knocknapeasta this Furth is the highest point on a ridge heading east from Carrauntoohil towards Purple Mountain, from which it is separated by the Gap of Dunloe.

Also known as the Caher mountain (which means “stone fort of the Fianna”) it is also called Caher East Top and it lies to the southwest of Carrauntoohil (Ireland’s highest peak) in the MacGillycuddy’s Reeks.

Its name means “mountain of the sheep” and while there are indeed some sheep around the hills and mountaintops, they are not exactly exclusive to the Furth they call Beenkeragh.

Overlooking three bowl-shaped valleys, each with its own lakes is the highest peak in Ireland. While also part of the Macgillycuddy’s Reeks it is 28 meters above its nearest rival which is more than noticable with little more than the human eye. 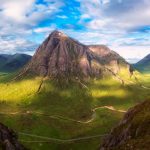 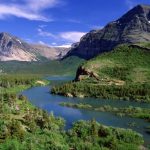 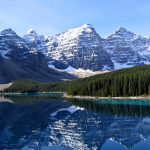 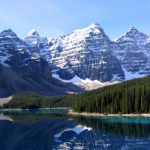 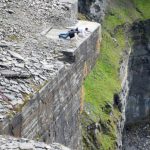