We have already seen the largest animals on land, but now it is time to look at the scale skinned, slithering things they call reptiles. From alligators to crocodiles, tortoise to turtles and back again, this list is a lot more varied than I thought it would be…

The Top 10 Heaviest Living Reptiles From Around the World

The False gharial is a freshwater crocodile that is classed as vulnerable due it low species numbers. It has the slimmnoticeable of any other crocodile which also helps to make it a lot more noticable for conservationists and sadly hunters as well.

This “crocodile of the marsh” is a skilled predator and also one of the most heavily armoured of its species, but yet its known to be the most passive towards humans! It’s also one of only 3 crocodiles found in India.

And so we start moving into the realm of the giant croc. An adult American alligator can often be 16 ft long, living mostly on fish and birds. Strangely these are also the species of crocodiles with the highest numbers of living pairs and are nowhere near being classed as endangered, which is also nice to hear.

Also known as the fish-eating croc it is one of the longest species of crocodiles growing to average lengths of 20 ft plus! It has a very distinctive boss at the end of the snout which again is good for the people trying to save this species from extinction, but also makes it easily spotted by poachers.

These super-sized crocs are one of the largest species of crocodiles and it quite noticeable thanks to its V-shaped snout and a yellow belly which gives its style up to being a coward and running away, but only because this croc prefers not to enter a confrontation with anything bigger than fish or birds.

The Black caiman is the largest predator in the Amazon which sadly also makes it hunted to the point of extinction for its skin. But the numbers do show it is making a great comeback in recent years.

Yep! Not everything in this list will eat you, but it will still give you a nasty bite. These giant turtles might be slow on land, but in the water, they can be formidable hunters.

Species numbers of the Orinoco crocodile are so low very little is known about their habits in the wild! They mostly hang around the Orinoco River which of course also give them their name.

It might only be number two, but this giant croc is the largest freshwater predator in Africa and is well known to kill humans and just about anything else that goes towards it. Once it has you it’s all over thanks to its super powerful bite and the sheer weight of it pulling its prey into and under the water for consumption.

They often measure up to 20+ ft long and love hanging around in swamps. Yes, they too kill lots of humans every year as well as hundreds of farmers livestock. But their size and sheer cheekiness to attack and eat anything have made them at low risk. Anyone hunting one of these is either mad or on a death wish. 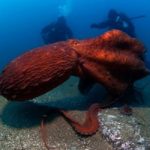 The Top 10 Heaviest Living Animals From Around the World 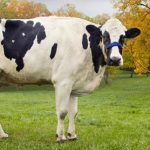 The Top 10 Heaviest Living Land Animals From Around the World 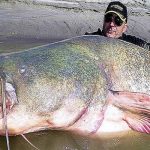 The Top 10 Heaviest Living Fish From Around the World 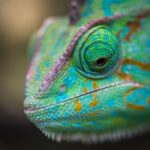 10 Tips To Taking Care Of Your Exotic Reptiles & Amphibians 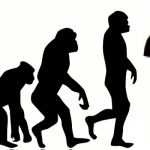 The Top 10 Largest and Heaviest Primates on Planet Earth 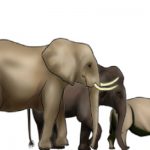 The Top 10 Heaviest Terrestrial Mammals Who Walk the Earth