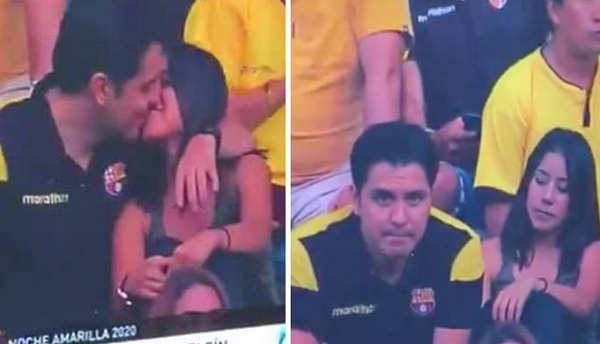 Love cannot be seen, but it can be expressed and be felt, and one of the ways you can express your love is by being faithful to your partner. If history has proven anything, it is that most people don’t find it easy to stick with one partner and that almost always ends in disaster. Discovering that your partner has been unfaithful is heartbreaking, which is why some people do super crazy things to get back at their cheating SOs. Here is a look at 10 of the most hilarious ones that made stories online.

So this Australian woman who chose to remain anonymous was preparing for her wedding when she got the shock of a lifetime. Hours before the wedding, while having fun with the girls in a hotel room, a stranger sent her screenshots of texts between her soon-to-be husband and another girl, which had been going on for months and even days before the wedding. She chose to go to the altar as planned, but instead of reading her vows, she pulled out her phone and read her cheating boyfriend’s texts. The embarrassed guy stormed out of the wedding, and now she had to apologize to everyone present.

Exposing His Cheating Wife At The Wedding Reception

In 2016, a guy named Shaun made news worldwide with his wedding story on the Graham Norton show. He said he attended this wedding where the groom asked everyone to play a game at the reception. The groom asked everyone to flip their plates, and there were like eight guys who had a red ribbon under their plates, so he told them to stay standing. He then told everyone that those were the people that had slept with his wife since they got engaged and that he was going for an annulment then walked out leaving everyone shocked.

This Reddit User We_All_Float_Derry was engaged to a guy who was naturally afraid of clowns and couldn’t stand seeing one even on TV. The guy had a weakness of not being able to keep it in his pants too. She gave him multiple chances, but the guy kept cheating and acting as if it was all normal. She then decided to break off the engagement but not without giving him the scare of a lifetime.

She had her brother help in printing the scariest clown photos she could think of, from huge portraits of pennywise to little ones that could fit in pockets and pants. She then had all these installed in his house in place of her stuff. She also proceeded to sell the engagement ring and use it to sponsor a barbecue for her family and friends. The guy probably pissed himself for months afterwards.

Sometimes you could be suspecting that your spouse is cheating on you, but you just can’t prove it. So, this Redditor had a wife that was cheating on him with her professor, and they were doing it in his bed while he was at work. The saddest part was that they were using his massage oil during the affair. When he noticed that the oil was reducing even when the two were not intimate, he decided to mix it with a concoction to punish his cheating wife. The next time she cheated, she felt a strange itch and confronted the lecturer in front of students and colleagues about having given her an STD. The husband followed her as she went to confront her lover to get his evidence and he did. It was life crashing for the cheater who failed to finish her degree, got the lecturer fired, and also got divorced. 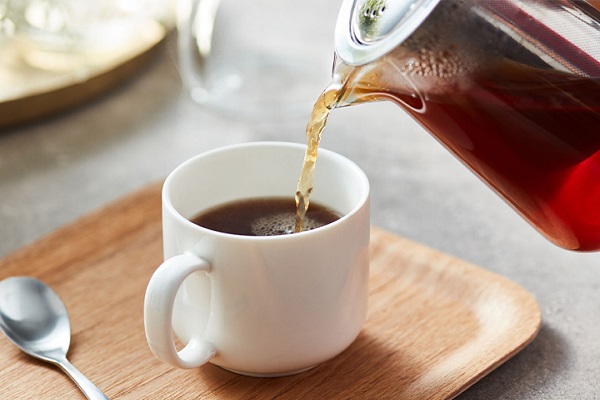 He Served Him Tea With Laxatives

Cheating on someone makes them angry, and you only have to hope that they have more reason than anger when they decide to take revenge. So another Reddit user had this gay partner who was older than him and started mistreating him at one point in the relationship. The user u/serinbaxtor had to endure a night where his lover slept with his next-door roommate. As revenge, he served his cheating partner with tea mixed with a lemon-flavoured laxative just before he was to go out on an important job. The poor guy soiled himself before getting to his destination and had to abandon the journey to come back home to the shock of being dumped.

Peeing In His Bath

One picture with a shocking caption made headlines recently. Well, the story was that this guy always asked his girl to leave her bathwater in the bathtub so he would bath with her secondhand bathwater. Strange as that was, it wasn’t nearly as gross as what she did when she found out he cheated. She would take a pee in the water, which he allegedly used to brush his teeth as well, so he would clean himself with her wee-infested water. 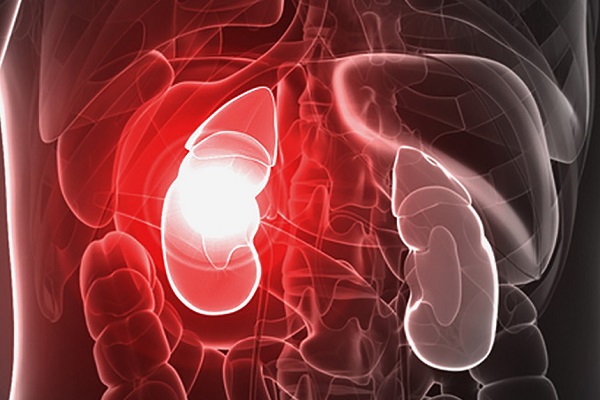 Denied Him His Kidney

It is bad to cheat, but if you cheat, please don’t do it with your partner’s sibling, as was the case with a Redditor named u/thrownawaybytwin. He had a girlfriend who cheated on him with his twin brother and got pregnant while the poor guy was waiting for her 18th birthday before having sex. It became worse when his parents forced him to take care of the couple that had jointly broken his heart.

The brother wasn’t good to the girl, though, so she ran away since he didn’t want the baby either. A short while later, the evil brother suffered kidney failure, and the poor guy refused to donate his kidney to him because of that particular incident and other instances of extreme humiliation he had forced him to go through.

Buying A Billboard Near Time Square

When you cheat on your wife, you rarely expect extreme revenge to come from the mistress because she is your partner in crime, but this was different. The man was Charles Philips, an adviser to President Obama who cheated on his wife with a woman named YaVaughnie Wilkins for eight years. Mr Philips then decided to go back to his wife, and that didn’t sit well with his mistress.

She decided to spend over $200,000 on billboards around the country on Broadway and Atlanta with pictures of herself and Mr Philips. The billboards had the words “you are my soulmate” and a URL to a website where she had posted photos with a detailed timeline of their 8-year affair. The cheater was forced to admit publicly to the affair.

Finding out that your partner is cheating is one thing, but her reaction could be bad for you, especially if she is dramatic and you have a career in public service. So this Redditor named Throwaway-12322, who worked as a military engineer, discovered that his girl was cheating on him. She became dramatic and accused him of having forced himself on her on the night of their breakup.

It was just her bid to turn him into the bad guy, but her friends and family took it seriously, and it nearly got the guy into trouble. She later tried to get back together with him and, of course, apologized to him for accusing him falsely of being a rapist. He then took screenshots of the messages of her apology and the details of her cheating and sent them to all her friends and her parents who had accused him falsely of being a rapist. He didn’t file charges against her but the revenge was far-reaching. 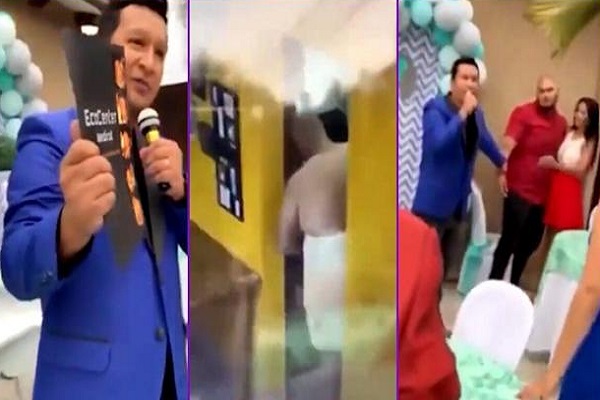 Dumping Him On Live Tv

What do you do when you find out that your boyfriend is cheating and you need the whole world to watch you embarrass him. Well, this lady decided to buy tickets to his favourite game and expose him while he was on his couch watching. She wrote a placard with the words, “My cheating Ex-boyfriend is watching from the couch instead.” The Ex was written in a different colour to attract attention to the fact that she was just dumping him. Well, that must’ve hurt.