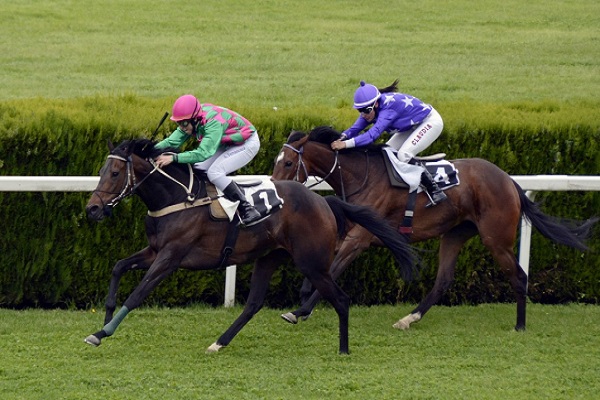 The 2022 Flat season has produced some spectacular performances around the world and there is still time yet for the list to grow.

Here is a look at the top 10 leading horses on the Flat this year.

With 10 wins from 10 appearances, Baaeed is at the top of the world rankings in horse racing. His latest success came in the Juddmonte International Stakes at York.

🏆 Baaeed wins the Juddmonte International Stakes and is still undefeated!

Baaeed is the 4/6 favourite in the racing betting odds to win the Prix de l’Arc de Triomphe this season at Longchamp in France. That could be the last start of his career.

William Haggas’ runner has been so dominant on the track that wherever he appears on his final appearance, he is sure to be one of the popular racing tips for the meeting

Back in March, Country Grammer won one of the richest races of the year, the Dubai World Cup. He beat a strong field at Meydan Racecourse to land the top prize for the United States.

The Derby is the most prestigious three-year-old contest in the world. The race at Epsom is a great test of a thoroughbred, as not only do they need to have the stamina to see out the 1m4f distance, but the course at Epsom tests their balance.
Desert Crown produced a fantastic performance, making him one of the best winners of the British Classic in several years.

A strong field of international horses took part in the 2022 Saudi Cup, the richest race in the world. It was won by one of the local runners, Emblem Road. He showed he could come out on top against some of the best horses from the UK and USA.

US-raider Flightline is in second place in the world rankings behind Baaeed. He has won all five of his outings, with his most recent victory coming in the Pacific Classic at Del Mar where he scored by just over 19 lengths.

Last season’s Breeders’ Cup Dirt Mile winner Life Is Good landed the Pegasus World Cup earlier this year at Gulfstream Park. He has been victorious on three occasions this year in what has been a fine campaign.

Australian horse Nature Strip has established himself as the leading sprinter in the world. He prevailed in the King’s Stand Stakes at Royal Ascot in the pick of his wins in 2022.

The King George VI And Queen Elizabeth Qipco Stakes is one of the leading Flat races in Europe. This year’s renewal was very strong, and it was Pyledriver who came out on top for trainers William Muir and Chris Grassick.

Japanese superstar Titleholder goes into this year’s Arc with one of the leading chances in the race. He has won two Grade One races in Japan this year, including the Takarazuka Kinen at Hanshin.

French Oaks winner Vadeni proved her class against the older horses in the Group One Eclipse Stakes at Sandown. She has established herself as one of the best fillies in training at the moment.
All 10 of the above horses should be in contention for many of the prizes at the end-of-the-year awards.