This list featuring just ten of the worlds oldest UK established insurance companies is in no way an endorsement to any of them, but when companies have been around in some form for as long as these ten have, there must be something in how good they are otherwise they wouldn’t be around! Well, that is what I like to think anyway, so let’s get on with the list…

History of insurance: The industry helps to eliminate risks (as when fire insurance companies demand the implementation of safe practices and the installation of hydrants), spreads risks from the individual to the larger community, and provides an important source of long-term finance for both the public and private sectors. The insurance industry is generally profitable and provides attractive employment opportunities for white collar workers.

History of insurance: The first methods of transferring or distributing risk in a monetary economy, were practised by Chinese and Babylonian traders in the 3rd and 2nd millennia BC, respectively.Chinese merchants travelling treacherous river rapids would redistribute their wares across many vessels to limit the loss due to any single vessel’s capsizing. The Babylonians developed a system that was recorded in the famous Code of Hammurabi, c. 1750 BC, and practised by early Mediterranean sailing merchants. If a merchant received a loan to fund his shipment, he would pay the lender an additional sum in exchange for the lender’s guarantee to cancel the loan should the shipment be stolen or lost at sea.

History of insurance: At some point in the 1st millennium BC, the inhabitants of Rhodes created the ‘general average’. This allowed groups of merchants to pay to insure their goods being shipped together. The collected premiums would be used to reimburse any merchant whose goods were jettisoned during transport, whether to storm or sinkage.

History of insurance: The ancient Athenian “maritime loan” advanced money for voyages with repayment being cancelled if the ship was lost. In the 4th century BC, rates for the loans differed according to safe or dangerous times of year, implying an intuitive pricing of risk with an effect similar to insurance.

History of insurance: The Greeks and Romans introduced the origins of health and life insurance c. 600 BC when they created guilds called “benevolent societies”, which cared for the families of deceased members, as well as paying funeral expenses of members. Guilds in the Middle Ages served a similar purpose.

History of insurance: The Jewish Talmud also deals with several aspects of insuring goods. Before insurance was established in the late 17th century, “friendly societies” existed in England, in which people donated amounts of money to a general sum that could be used for emergencies.

History of insurance: Separate insurance contracts (i.e., insurance policies not bundled with loans or other kinds of contracts) were invented in Genoa in the 14th century, as were insurance pools backed by pledges of landed estates. The first known insurance contract dates from Genoa in 1347, and in the next century maritime insurance developed widely and premiums were intuitively varied with risks.

History of insurance: These new insurance contracts allowed insurance to be separated from investment, a separation of roles that first proved useful in marine insurance. The first printed book on insurance was the legal treatise On Insurance and Merchants’ Bets by Pedro de Santarém (Santerna), written in 1488 and published in 1552.

History of insurance: The first life insurance policies were taken out in the early 18th century. The first company to offer life insurance was the Amicable Society for a Perpetual Assurance Office, founded in London in 1706 by William Talbot and Sir Thomas Allen. The first plan of life insurance was that each member paid a fixed annual payment per share on from one to three shares with consideration to age of the members being twelve to fifty-five. 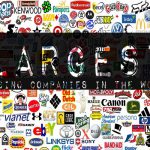 Top 10 (by Revenue) Largest Casino Companies in the World 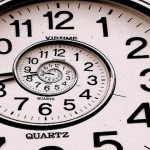 The Top 10 Oldest Clocks in the World 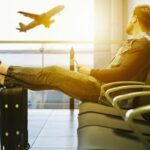 Travel Insurance: What It Covers and Why You Should Buy One 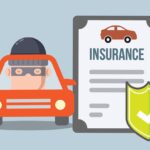 Ten Things You Need To Know About Rental Car Insurance 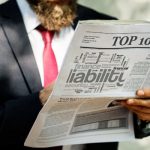 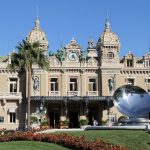