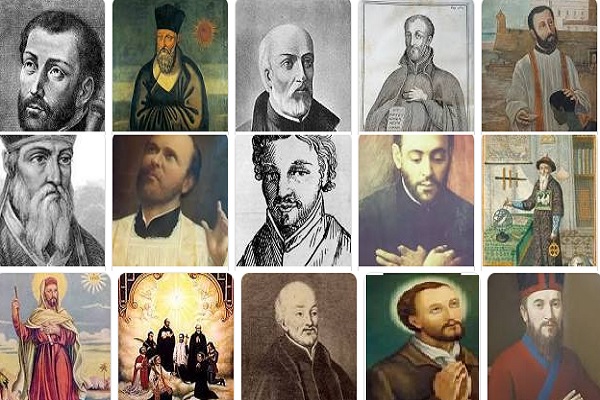 Did you know that Jesuits controlled almost all the schools in Europe in the 16th, 17th and 18th centuries? The members of the society are also credited with the refining of the widely accepted Gregorian calendar. The Roman Catholic church is an inseparable piece of human history, and the Jesuits are an inseparable piece of the organization. Founded in 1540 by Ignatius of Loyola, the society that only started as six priests loyal to the church became so big and totally changed world history. The society of Jesus, however, moved on to become an influential organization that has shaped the world of science, education, politics and business more than any other religious order ever established. Here is a look at the most famous members of the order.

If you talk about the Gregorian calendar today, it would be impossible to leave out Christopher Clavius. He was a German mathematician and astronomer who taught Maths at the Jesuit Colegio Romano in Rome in the 1500s, where he was also called into the Vatican Commission tasked with evaluating and refining the Gregorian calendar invented by Aloysius Lilius. He corrected Lilius’ work giving him credit for the invention before making the accurate calculations to provide the accurate calendar, which replaced the then outdated Julian Calendar. He was a man of science that accepted the observations of other astronomers like Galileo and used them to make lots of mathematical conclusions, most of which are still in use today.

Peter Claver is the patron saint of Colombia, people in slavery and all Roman catholic missions to Africans. He was ordained a Jesuit priest in 1616 at the heart of the Transatlantic Slave Trade. He then observed the inhumane treatment of people by the slavers at the slave market in Cartagena, Colombia, which was the biggest slave market in South America at the time. He started boarding slave ships with food and medicine to treat the individuals on board.

He also visited plantations and dwelled with the slaves rather than the slave masters. His attitude became popular among other Jesuit priests, but it was at odds with many slave masters and shipping companies. They believed that baptized slaves were harder to keep in line because they thought they were equals with their masters. He continued the mission and personally baptized an estimated 300,000 slaves in his lifetime. He named himself the slave of Negro slaves and was probably the only priest that would listen to the confessions of Negro Catholics. 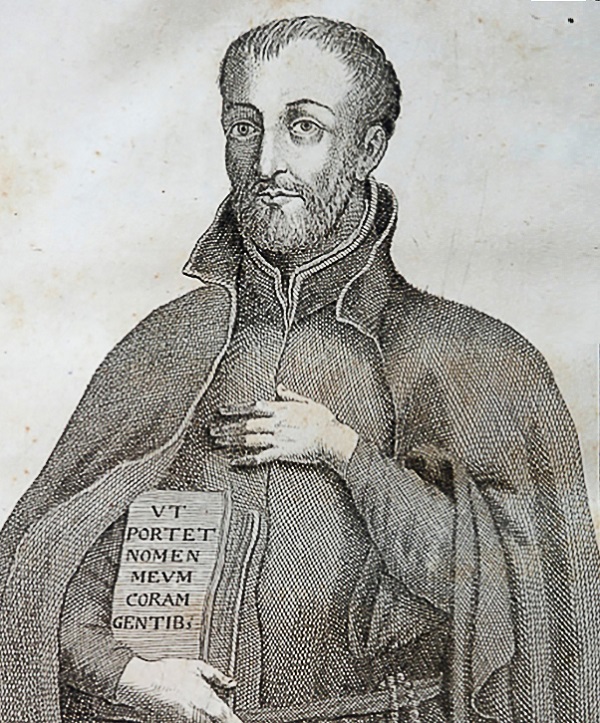 In 1582, the first Japanese diplomats to Europe arrived, dressed as Zen monks, carrying Samurai swords, but very much Christian. It was all thanks to this Jesuit priest who was tasked with expanding Jesuit missions in Japan. He was welcomed to Japan by two successive rulers and was even offered centres to train local Jesuit priests. During his time, the Jesuits got involved in the lucrative silk trade in Japan, helping the missionaries become independent. By the time of his death, he was very popular with both Buddhists and Christians in Japan. He encouraged Jesuit priests to dress like local Buddhist monks to be able to blend in and reach the natives. He also insisted that his priests learn Japanese and speak it fluently, just like the locals. He also created powerful missions in China and India before his death.

“Go forth and set the world on fire,” St. Ignatius said. He founded the Society of Jesus or Jesuits in Paris in 1534. He was a nobleman and a Spanish soldier who found God after he was injured in battle. He then went on a pilgrimage, after which he started his journey to becoming both a priest and an educated man, obtaining an MA at the University of Paris. He and a couple of friends took vows of chastity, poverty and obedience to the leader of the Jesuits and that of the Roman Catholic Church, leading to the approval of the society as an order of the church by Paul III in 1548.

The order grew rapidly to over 1,000 members by the time of his death, with offices all over Europe and even in Brazil, Ethiopia, The Congo and India. Loyola received the Duke of Gandia, named St.Francis Borgia, into the society, which helped make it famous in Spain. He also founded the Roman College and led the counter-reformation campaign to convince a majority of Europeans to come back to the catholic religion after Martin Luther’s reformation. He is one of the people that had the greatest impact on European history.

Francis Xavier was also Spanish, and he met Ignatius of Loyola in 1529 at the university where the two were assigned to the same room. He became one of the seven founding members of the Society of Jesus. He became the leader of the Diocese of Goa after converting thousands of people in India and Malaysia to Christianity. His show of piety and poverty attracted the local pearl miners and hunters who were under oppression by the Portuguese. He also led a mission to Japan that saw the creation of the first Jesuit office there with over 2,000 Christians. He was planning to enter China when he died from a fever in 1552, but he is still remembered as the patron saint of all missions. 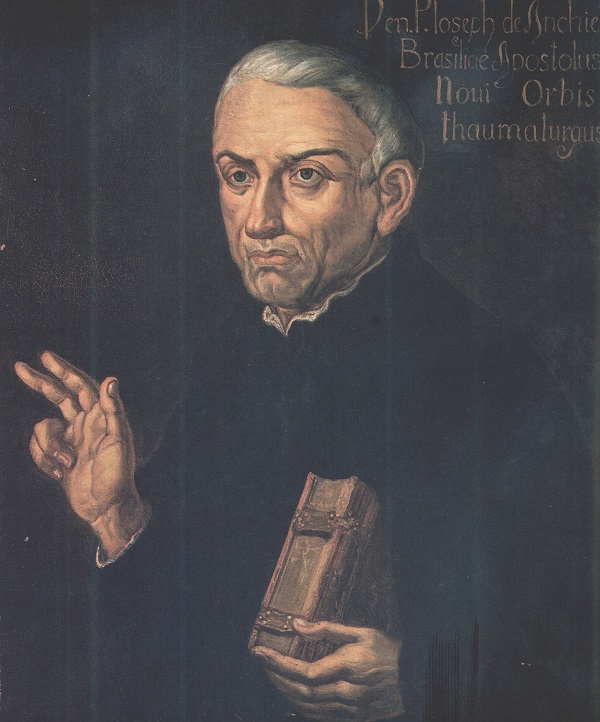 Jose of Anchieta is also called the third saint of Brazil after he was canonized in 2014 by Pope Francis. He is known to many Brazilians as the man that discovered both Sao Paulo and Rio De Janeiro. He was ordained a Jesuit priest in 1551 at the age of 17 and then went to Brazil after hearing rumours of healing powers of the climate there because he had a spinal problem.

Unlike the rest of the white settlers who chose to live on plantations, Jose chose to build settlements among the native Indians, teaching them about God and how to read and write. He also trained them to protect themselves from being caught by the slave traders. He was the first person to write the grammar and culture of the Tupi language. He also wrote lots of poems and other literary works.

Pope Francis is many firsts, from being the first pope to come from the western hemisphere to being the first South American to be elected pope. The most interesting part is that he is also the first Jesuit to be elected pope. He was a popular figure in Argentina before becoming the archbishop of Buenos Aires. He was the son of an Italian emigrant to Argentina and always liked to associate himself with the poor.

He lived in a small apartment in downtown Buenos Aires and even used public transport rather than a limo, a habit he brought to the Vatican after becoming pope. However, his most influential time was during the 1976-83 military rule in Argentina, during which he helped many people, including Jesuit priests, escape from oppression by the military.

“The world is charged by the grandeur of God” is the most popular quote by this English poet who also happened to be a Jesuit. He is now known as one of the greatest poets of the 19th century, although his works were never published until the 1930s because it was dangerous to be a Jesuit in Victorian Britain. He was only known as a professor of Greek at University College Dublin while he was alive. The Grandeur of God and The Wreck of Deutschland are some of his most-read poems. 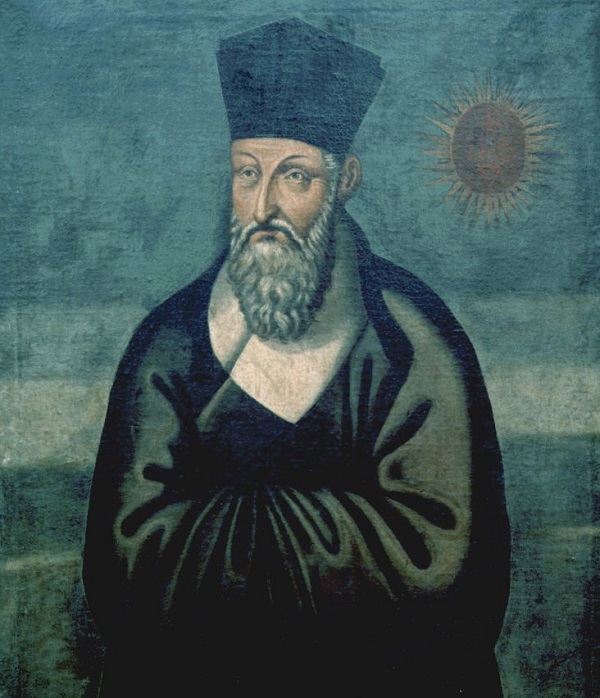 Matteo Ricci lived among the greatest Jesuits before becoming one himself. He was welcomed to the order by Valignano, educated in Germany under Clavius, before proceeding to Goa to finish Francis Xavier’s work. China was prohibited to foreigners at the time, but Ricci was determined to learn the language, and after over a year of studying Chinese in Macau, then a Portuguese province, he was able to gain entrance into china.

He wrote the first catechism in China and managed to enter the imperial city of Beijing, where he taught mathematics to the local scholars. He had adopted the habit of dressing like a Buddhist monk, which made him a welcome guest at the royal palace. He became the first European diplomat to China and is credited as the man who introduced China to the rest of the world.

Pedro Arrupe had to manoeuvre between religion and politics many times in his life, but in the end, he became one of the most influential Jesuit generals of all time. He happened to be the leader of the Jesuit province in Japan during the bombing of Pearl Harbor in 1941 and was consequently arrested, but he was not executed. He stayed in Japan until the bombing of Hiroshima, which he survived by hiding in a bunker. He then converted the Jesuit Novitiate in Hiroshima into a makeshift hospital and personally treated at least 200 people. He was later elected the General of the Jesuits and led the Jesuit reformation that saw the society adopt a highly libertarian approach that put him at odds with Pope John Paul II forcing him to resign.