Africa, one of the world`s largest and richest continents, is also home to one of the worst leaders ever known. Many people expected that after the dawn of African independence and with the right to self-governance, the continent would blossom with great leaders. The opposite has, however, been seen throughout the continent. From Tyrants that wanted nothing but to wipe out anyone that questioned their rule to outright madmen that just couldn`t manage, African countries have had some leaders so bad that the world just can`t understand how they ever gained positions of power.

If someone made a list of the worst dictators in history, Idi Amin would most certainly be among them. He was one of the most sadistic, brutal dictators Africa has ever seen. He started his career as a soldier when he joined the British colonial army and quickly rose to the highest possible rank for an African serving in the British army due to his rigorous and ruthless interrogating tactics. Before Uganda attained its independence, Amin became close acquaintances with the then prime minister Milton Obote. However, he had other motives. He backstabbed the president while he was on a meeting in Singapore and staged a coup. He successfully overthrew him from power and established a military rule.

He gave himself sophisticated titles like his Excellency, president for life, king of all beasts, and liberator of the British Empire. He ordered lots of massacres, racking up a death toll of approximately 500, 000 people. In 1976 he offered safe haven to the Palestinian hijackers of Air France flight 139, something that earned him worldwide condemnation. Idi Amin is also known to have captured all beggars, and disabled people in the streets of Kampala, loaded them in lorries and drowned them in Lake Victoria to “end poverty.” He is still remembered as the butcher of Uganda.

He also started his career as a soldier, later became a journalist and eventually the leader of Mouvement National Congolais, which helped Congo gain its independence. Just like Idi Amin Dada, Mobutu positioned himself as a close ally to the then first Prime Minister of Congo Mr Lumumba. However, after independence, Congo experienced a long period of political instability until 1965, when Mobutu took up the reigns of power after a successful coup.

Mobutu took over all the power and limited the powers of the Parliament. He outlawed political parties and publicly executed his political opponents. He personally changed the country’s name to Zaire. He also renamed River Congo to River Zaire. Mobutu began to Nationalize foreign-owned companies, including mines and other businesses. However, they all went to his family and close friends, if not himself. His military was also known to be brutal and ruthless. Public executions were the order of the day, leaving the Congo as divided and ungovernable as we know it today. He was ousted from power in 1997 and passed on the same year from cancer.

He also started his career as a soldier, later became a journalist and eventually the leader of Mouvement National Congolais, which helped Congo gain its independence. Just like Idi Amin Dada, Mobutu positioned himself as a close ally to the then first Prime Minister of Congo Mr Lumumba. However, after independence, Congo experienced a long period of political instability until 1965, when Mobutu took up the reigns of power after a successful coup.

Mobutu took over all the power and limited the powers of the Parliament. He outlawed political parties and publicly executed his political opponents. He personally changed the country’s name to Zaire. He also renamed River Congo to River Zaire. Mobutu began to Nationalize foreign-owned companies, including mines and other businesses. However, they all went to his family and close friends, if not himself. His military was also known to be brutal and ruthless. Public executions were the order of the day, leaving the Congo as divided and ungovernable as we know it today. He was ousted from power in 1997 and passed on the same year from cancer.

Gaddafi is known to be amongst Africa’s worst leaders, although he is highly revered by some now that the US-led coup against him left Libya in Shambles. His rule in Lybia, which was characterized by countless assassinations and torture, lasted well over 40 years to a point where he called himself the King of Kings in Africa. He took power in 1969 after ousting the then leader, King Idris. He and his family then took control of the key oil industry controlling over half of the country’s revenue.

During his reign, Gaddafi is believed to have carried out terrorist acts, including the 1988 Lockerbie tragedy in which a plane was blown up, killing all the 259 passengers on board. Gaddafi despised the west and financed many anti-western terror groups. Back at home, Gaddafi carried out several crimes against humanity, including rape and torture, which warranted international sanctions, but no African country was bold enough to prosecute him at the ICC.

Omar al-Bashir became the president of Sudan in 1989 after leading a coup against the then Prime Minister Sadiq al-Mahdi. During his reign Sudan went from one of Africa`s greatest nations to the poorest, splitting into two and later after long years of fighting. Under his reign, Sudan also became the first country in the world to be ruled by an international fugitive. He oversaw the war in Darfur that resulted in the death of up to 300,000 people and left almost 3 million people displaced.

The attack was to quash a resistance that threatened to oust him led by minority tribes that opposed his heavy-handed rule. Bashir is suspected of committing other crimes, including murders, extermination, rape, and corruption. He was removed from power by the military after mass protests by the people of Sudan, which lasted several months, but the political future of the country is still in question.

Robert Mugabe became Zimbabwe’s first president in 1980 after it attained its independence. He then established a deep state controlled by allies and friends ruling the country like his own small creation. His presidency saw Zimbabwe, one of the world`s richest nations, become one of the poorest countries in the world faced by catastrophic levels of inflation, corruption, and political unrest. On March 29, 2008, he lost elections to the MDC’s party leader Morgan Tsvangirai but refused to step down despite international pressure.

He demanded a recount, and a runoff election was to be carried out. During that time, his opposers and their supporters were being violently attacked and killed in numbers, and when the election day came, guess who won? Mugabe or Uncle Bob, as his supporters fondly referred to him. Mugabe was also a strict opposer of western imperialism, although he used it more as a political tool than a real passion.

Jacob Zuma was South Africa’s fourth president and now referred to as an abomination to Nelson Mandela’s Legacy. Zuma’s rule was dotted with many corruption charges ranging from bribery to massive embezzlement of public resources. In 2018 South Africa’s Director of Public Prosecution confirmed he faced up to 18 charges of corruption, including 700 counts of fraud and money laundering. He also faced counts of rape, although he was acquitted after a long legal battle.

Under Zuma’s rule, it is estimated that the rainbow nation congress lost approximately $83 billion of taxpayers’ money through fraudulent activities. Mr. Zuma was accused of abusing state funds to upgrade his home to one of the most expensive estates in the world. Even after Zuma resigned in early 2018, he still faces multiple charges of corruption. Up to date, he remains South Africa’s most controversial political leader since the end of apartheid.

Yahya Jammeh was born on May 25 in the western parts of Gambia. He started off in the military and rose through the ranks to an officer or the Gambian military army commanding the military police until 1994. He led a bloodless coup in 1994 and was duly elected as the president in 1996. During his two-decade rule, Yahya faced a myriad of controversies. For instance, during his early days in power, he banned all political parties and declared the Gambia a one-party state. Several opposition leaders were killed or detained. Journalists and the press, in general, found it impossible to operate during his regime as several TV and radio stations were shut down and their equipment confiscated due to publishing or broadcasting what the government termed as ‘misleading propaganda.’

Accusations of rape also featured prominently during his rule. Several women came forward and confessed that President Yahya Jammeh raped them. Jammeh was overthrown by the military with the help of Nigerian armed forces after refusing to step down despite losing an election. It also emerged that Yahya had siphoned $11 million from the treasury while running to exile. He also stole $50 million from several state-owned corporations. His luxury lifestyle, including a private jet and expensive vehicles costing at least $4.5 million, was said to be financed by taxpayers’ money. These were just a few of his fraudulent activities that were reported. In total, his actions are said to have cost the country approximately US$ 1 billion.

Mohamed Morsi was the first democratically elected Egyptian president in 2012. As the head of state, he made a declaration that granted him unlimited powers without any judicial or parliamentary oversight. This was the beginning of problems for the Noth African state.

A year after his historic election triumph, protests erupted, calling for Mursi’s resignation. He quashed the protests using brutal force, which resulted in at least 800 deaths. In the same year, 2013, a military coup was carried out, and he was ousted from office, sending Egypt back to its dark old days of military rule. He was arrested and charged with murder and torture of protesters. He died while in court on trial for espionage on June 17, 2019.

The Swaziland kingdom is one of the most peculiar monarchs still alive in Africa. Swaziland is headed by a King and is inherited by his son when he dies. King Mswati III was born on April 19, 1968, and was crowned the King when he was only 18 years old, making him the youngest King in the history of the Eswatini kingdom.

He is widely known for his polygamous nature. He currently has 15 wives. He recently ordered the arrest of men who married less than two wives, an order that was allegedly recalled after a public outcry. King Mswati also leaves a very luxurious lifestyle, which has earned massive criticism considering that his country can hardly afford to feed its people. In 2018, for instance, it emerged that the government spent at least $7 million in luxurious cars for his birthday party. 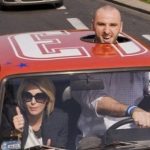 The Top 10 Tallest People to Have Ever Lived 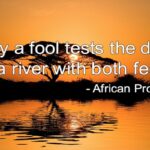 Ten Fact-Checked African Proverbs That Will Blow Your Mind 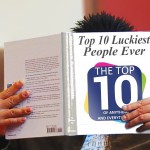 Top 10 Luckiest People Ever to Have Every Lived 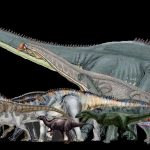 The Top 10 Largest Dinosaurs Ever to Have Lived 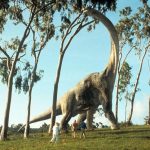 Ten of the Worlds Tallest Dinosaurs That Ever Lived 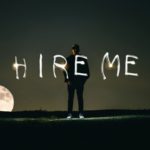 Ten of The Craziest Things People Did To Get A Job