Don’t let the title of this post lure you into thinking this might be something rude because it’s not. It’s just some fun pictures of animals that have decided to swap beds. The results never fail to make me smile…

Trust the cat to get the better deal out of the bed swap. It’s almost like a predictable cartoon plot!

Even though the dog has ended up with a tiny bed that he can barely lay in the cat simply doesn’t care.

This poor dog has fallen for the cat moaning about having no stretching room. The cat told him it was only for the night, but we all know otherwise.

Sure the dog has ended up with a smaller dogs bed, but he does get to keep the blue blankie.

The cat told the dog that his pet bed was heated. but what the dog doesn’t realise is the radiator is behind both their beds!

I’m sure that some of these animals have lost bets and have to swap for the night. But I’m also sure that cats bully other animals into getting the bigger beds.

It’s not the postman running from the dog, it’s the cat he worries about! That’s why he now sleeps in the cage.

It might look like the dog has got the rough end of the stick, but he does get to be a little closer to the door ready for when the postman arrives.

You know you have been dealt a bad hand when only your head can fit in the new bed.

When a small dog makes a pact for swapping beds for the night with a much bigger dog there is always going to be someone worse off. This time, it’s the big dog who can hardly get him bum in the bed! 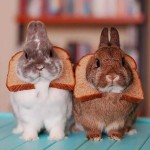 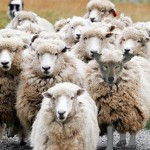 Ten Animal Imposters Who Are Not What They Seem

Ten of the Very Best Animal Selfies You Will Ever See 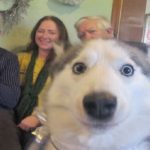 Ten of the Very Best Animal Photobombs You Will Ever See 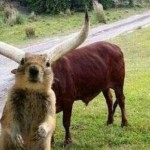 Ten Animal Photobombs That All Went in Head First