We could all sit around a table and talk about the pros and cons of Biomass energy all day long and even talking about it will often fire people up one way or another. But fire up it does and while not as clean as you might think some countries do still produce a lot of it…

Wiki Info: Sewage sludge can be used as a source of biomass! For example, the Omni Processor is a process which uses sewage sludge as fuel in a process of sewage sludge treatment, with surplus electrical energy being generated for export.

Wiki Info: There is research involving algae or algae-derived biomass, as this non-food resource can be produced at rates five to ten times those of other types of land-based agriculture, such as corn and soy. Once harvested, it can be fermented to produce biofuels such as ethanol, butanol, and methane, as well as biodiesel and hydrogen.

Wiki Info: Biomass can be converted to other usable forms of energy like methane gas or transportation fuels like ethanol and biodiesel. Rotting garbage, and agricultural and human waste, all release methane gas, also called landfill gas or biogas. Crops such as corn and sugarcane can be fermented to produce the transportation fuel ethanol.

Wiki Info: Wood remains the largest biomass energy source today;[3] examples include forest residues (such as dead trees, branches and tree stumps), yard clippings, wood chips and even municipal solid waste. Wood energy is derived by using lignocellulosic biomass (second-generation biofuels) as fuel. Harvested wood may be used directly as a fuel or collected from wood waste streams to be processed into pellet fuel or other forms of fuels.

Wiki Info: Historically, humans have harnessed biomass-derived energy since the time when people began burning wood to make fire.[3] Even today, biomass is the only source of fuel for domestic use in many developing countries. Biomass is all biologically-produced matter based in carbon, hydrogen and oxygen.

Wiki Info: As an energy source, biomass can either be used directly via combustion to produce heat, or indirectly after converting it to various forms of biofuel. Conversion of biomass to biofuel can be achieved by different methods which are broadly classified into: thermal, chemical, and biochemical methods.

Wiki Info: It has become popular among coal power stations, which switch from coal to biomass in order to convert to renewable energy generation without wasting existing generating plant and infrastructure. Biomass most often refers to plants or plant-based materials that are not used for food or feed, and are specifically called lignocellulosic biomass.

Wiki Info: Biomass is an industry term for getting energy by burning wood, and other organic matter. Burning biomass releases carbon emissions, but has been classed as a renewable energy source in the EU and UN legal frameworks, because plant stocks can be replaced with new growth. 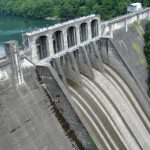 The Top 10 Countries Who Produce the Most Hydroelectricity 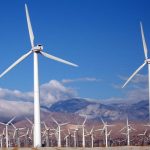 The Top 10 Countries Who Produce the Most Wind Power 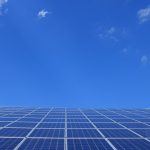 The Top 10 Countries Who Produce the Most Solar Power 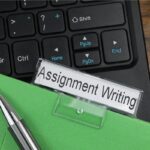 Top 10 Tips for Students to Produce an A-worthy Assignment 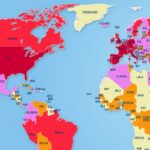 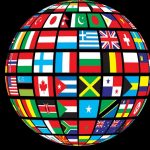